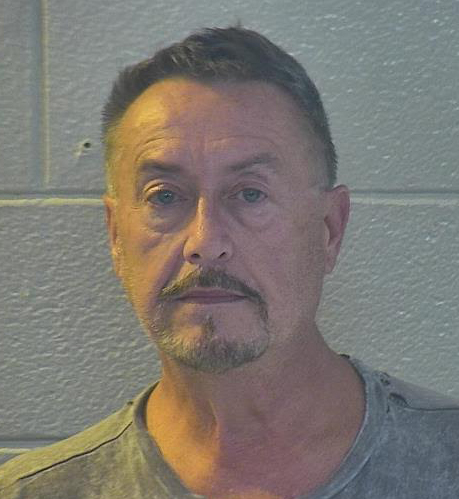 HUSTONVILLE – A man was arrested after a shooting incident near a school bus Friday in Moreland.

The shooting was not directed to the school bus or any of the Hustonville Elementary students on board, according to the Lincoln County School District, but some students did witness the event.

Counselors were on hand Saturday at the school for students impacted by the incident.

According to Kentucky State Police, it was just before 4:30 p.m. on Oct. 28 when police were called to Raintree Circle in Moreland for a reported shooting.

Police said the initial investigation indicates that 35-year-old Charles Mcelroy, of Danville, pulled in front of a residence on Raintree Circle when he was confronted by 61-year-old Robert Sexton, of Lincoln County.

Mcelroy was transported to the University of Kentucky Albert B. Chandler Hospital with critical injuries, according to KSP.

Sexton was located and taken into custody. He has been lodged in the Pulaski County Detention Center on one charge of first-degree assault.

Shawn Gilliam, who was driving the bus, said he had just pulled up to a stop when Sexton’s vehicle appeared.

“The vehicles converged there in front of me. One of the kids wanted off because her mom was there and I saw that they were arguing. I just told her ‘no, there’s something going on, we’re not getting off the bus.’ That’s when it happened and then chaos ensued on the bus, people screaming,” Gilliam said.

Sexton drove off immediately, he said.

“There was an off-duty Franklin County Deputy who lives in the neighborhood, his girls ride my bus. He showed up and provided assistance to the victim,” Gilliam said.

Gilliam said he immediately contacted 911 and gave descriptions of the people involved, as well as the vehicles.

The bus was rerouted back to the elementary school. Gilliam said the bus passed Sexton again on the road as they were returning to the school.

“Mr. Sexton’s truck, we saw it coming. Of course all of the kids, they recognized it, they were like ‘he’s coming back’ and that got them all riled up again,” he said.

“Franklin County Deputy Watson, like I said I had two of his kids on the bus, he actually apprehended him (Sexton), got his gun from him and put him in his cruiser,” he said. “He was really instrumental in handling a lot of this. He administered aid to the victim.”

The event caused panic on the school bus, but Gilliam said the kids were safe and that’s what matters.

Gilliam said he hates that the kids had to witness the event.

Some kids have not returned to the school bus this week, he said, but counselors have been riding along all week to help restore calm.

The ongoing investigation is being conducted by KSP Post 7 Detective Storm Stevens. Stevens was assisted on scene by KSP Personnel, the Lincoln County Sheriff’s Office and Lincoln County EMS.

Look for next week’s edition of The Interior Journal for more details on the arrest and incident.