UK student among those killed in Halloween celebration in South Korea 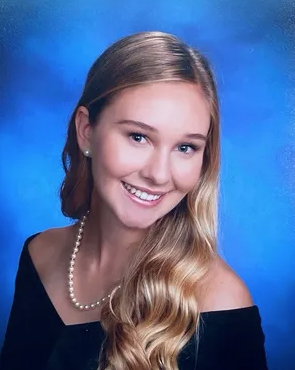 A University of Kentucky student was among those killed during a crowd surge at a Halloween party in South Korea that left 153 dead Saturday night.

Junior nursing major Anne Gieske, of Fort Mitchell in Northern Kentucky, was one of the tragedy’s victims. She was studying in South Korea this semester with an education abroad program, according to a statement from UK President Eli Capilouto. Two other UK students are studying in South Korea, but were located and reported safe, the school said.

Many young adults were crushed after a huge Halloween party crowd pushed into a narrow alley in a nightlife district in Seoul.

Two other students and faculty members are still in South Korea and have been contacted and are safe, Capilouto said. The university has also been in contact with Gieske’s family. “We have been in contact with the family and will provide whatever support we can — now and in the days ahead — as they cope with this indescribable loss,” he wrote on Twitter.

It remained unclear what led the crowd to surge into the downhill alley in the Itaewon area on Saturday night, and authorities promised a thorough investigation. Witnesses said people fell on each other “like dominoes,” and some victims were bleeding from their noses and mouths while being given CPR.

As of Sunday evening, officials said 153 people were killed and 133 were injured. Nearly two-thirds of those killed — 97 — were women. More than 80% of the dead were in their 20s and 30s, and at least four were teenagers.

The Ministry of the Interior and Safety said the death count could further rise as 37 of the injured people were in serious condition.

Ken Fallas, a Costa Rican architect who has worked in Seoul for the past eight years, described what happened to an AP reporter.

“We were we were unable to move back. The music was loud. Nobody knew what was happening. People were still partying with the emergency happening in front of us,” he said. “We were like, ‘What’s going on from here, where we can go?’ There was no exit.”

The university has nearly 80 students from South Korea at UK, who will also need support in the coming days. Capilouto said he was saddened to report the horrific news and loss of life.

“It isn’t fair, nor is it comprehensible. It is loss and it hurts in ways that are impossible to articulate,” he said.

The university will have resources for those in need at studentsuccess.uky.edu/get-help. In addition, if students need to speak with a mental health clinician, they can call 859-257-8701.