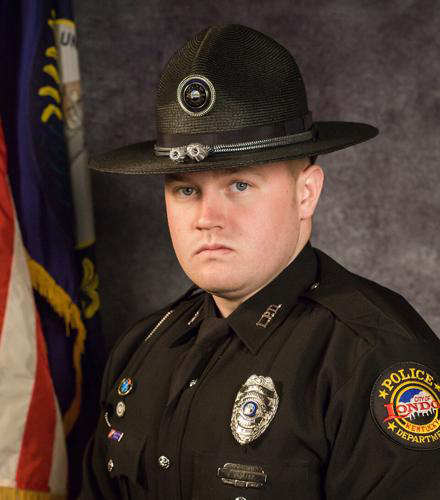 According to the Kentucky State Police, London Police Officer Logan Medlock, 26, was killed when a 2022 Ram pickup driven by 36-year-old Casey Byrd of Oneida, Tennessee, struck the officer’s cruiser at the intersection of South Main Street and State Route 229 in London. Byrd was traveling north on S.R. 229 when he struck the cruiser, KSP said.

Byrd, who told police he was a federal officer and was heading home from a friend’s home after watching the Kentucky-Tennessee football game, submitted to blood and breathalyzer tests and registered a .294, according to the police report, well over the .08 legal limit, said KSP.

The force of the impact knocked both vehicles into a nearby cemetery, according to KSP. The area was closed most of the remainder of the weekend as the state police Critical Incident Response Team reconstructed the incident.

“Logan was an outstanding police officer,” London Police Chief Travis Dotson told WKYT-TV. “We are heartbroken. I want to thank KSP and the Sheriff’s Office for stepping up and helping us at this time.

“It’s a great loss for this community and we will never forget him.”

Byrd was arrested and charged with the murder of a police officer and operating a motor vehicle while under the influence, first offense, with aggravating circumstances. He was booked into the Laurel County Detention Center on a $1 million cash bond.

Members of the community held a candlelight vigil in Medlock’s honor on Monday.