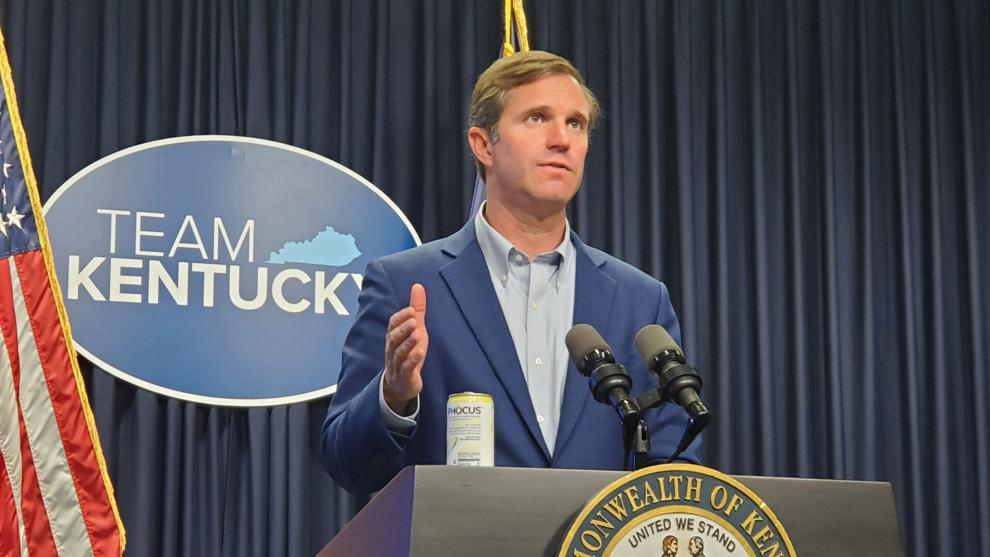 In a press conference at the Capitol Rotunda in Frankfort, Beshear joined other state officials and education leaders to unveil a multi-tiered plan to improve education in the state. The cornerstone of that initiative is a 5% raise for all public school workers.

The average pay for new teachers in the state is just more than $37,000, a rate the governor said is not competitive for top minds who can earn more in other fields. Beshear added the state ranks 44th nationally for beginning teachers’ pay, down two spots from last year.

“Right now, we’re paying our teachers, when they start, less than many of their students can earn directly entering the workforce with just that high school education, much less the higher education that we require for our teachers,” he said.

Thursday’s announcement comes after the Kentucky Department of Education and the National Assessment of Educational Progress released report cards in the past two weeks showing many Kentucky students were struggling in math, reading and science.

“Folks, you can’t catch a child up on math if you don’t have a math teacher,” he said.

Other parts of Beshear’s education plan include funding universal pre-kindergarten for 4-year-olds, which he said would help improve education skills and serve as an essential foundation for the “world-class workforce system” the state will need. The governor also wants to bolster funding for professional development and classroom resources, start a loan forgiveness program that would pay up to $3,000 annually for each year a teacher works in a public school and bring back a defined pension program for new teachers.

Beshear said the state can easily afford all of those proposals.

“Right now, Kentucky has record-setting revenue surpluses, with the revenue trend in this fiscal year running 11% higher than last year and substantially above estimates,” he added.

Many of the items the Democratic governor proposed were in budget recommendations he gave to the Republican-led General Assembly earlier this year. GOP legislative leaders declined to take on those ideas.

The legislature’s budget did include funding for the school districts they could use to issue pay raises to teachers and other personnel.

Beshear is up for re-election next year and will likely face a strong challenge from Republicans. On Thursday, the state GOP blamed the state’s recent education declines on the governor’s decisions to shut down schools during the COVID-19 pandemic.

“Our teachers and superintendents worked hard to navigate the difficulties of remote learning during COVID-19,” Republican Park of Kentucky spokesman Sean Southard said in a statement. “In response, a Republican General Assembly provided historic funding to our school districts, empowering local leaders to make decisions on how best to recover from the pandemic. Despite his efforts to run away from his pandemic actions, students and parents will not forget the biggest contributor to learning loss in the Commonwealth of Kentucky: Gov. Andy Beshear. Our children are worse off because of his actions, and Kentuckians will never forget it.”