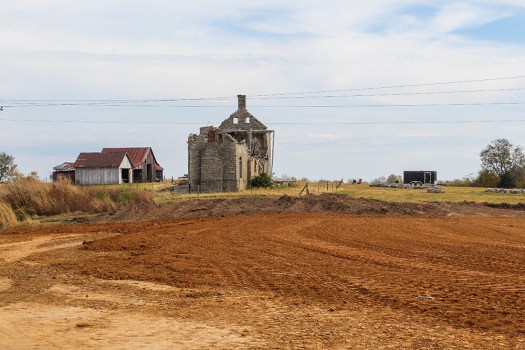 The building pad for the larger distillery is next to the old William Crowe stone home. Beyond the home will be a village and amphitheater. photo by Fiona Morgan 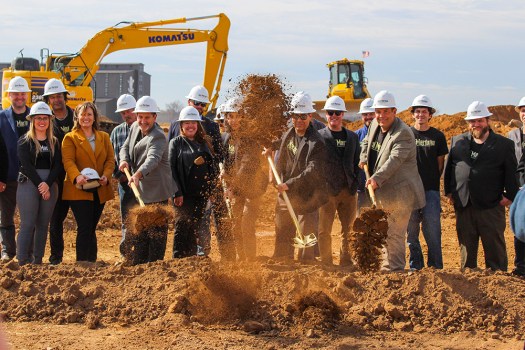 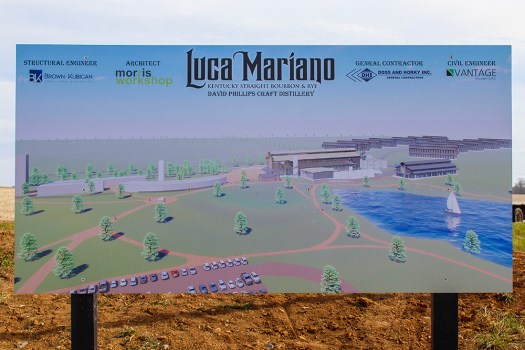 This graphic shows the final plan for the Luca Mariano property.

Located on the old William Crowe farm just southeast of downtown Danville, the distillery has spent years in the planning phase. Founder Francesco Viola said they will have two distilleries on the property, a larger one and a smaller craft distillery.

“We have a lot of ideas of how we can compliment the bourbon industry, do something different, really push the envelope in different ways,” Viola said.

“In our opinion he’s number one in the industry,” Viola said.

The distilleries will be located next to the old William Crowe stone home, the oldest stone house in Kentucky, which is in major disrepair. Viola said they plan to rebuild it as part of their larger plans for the property.

“We are committed to fixing it up, but I have to create a business that’s going to help us make money first before I can tackle it,” Viola said. “It’s already in bad shape, but we will rebuild it at some point.”

Next to the stone home is an old silo and several barns. Viola said they will put an amphitheater facing the silo where people can sit when they have live music or other events.

Viola plans to have a village area in a half moon shape around the silo. The first floor of the village will have shops, restaurants, bars, and Luca Mariano offices; and floors 2, 3 and 4 will have a boutique hotel.

“We’re excited about that to draw people to Danville, let this be a landing spot for them on the Bourbon Trail,” Viola said. “They can stay here and there’ll be activities during the day, or they can visit other distilleries and at night come back to Danville. We’re going to encourage them to enjoy not only our facility but downtown and other parts of Danville.”

Luca Mariano will have an entrance from East Main Street, likely from the end of East Main which will wrap around a small pond on the property. Viola said he wants people to experience driving through downtown when they visit the distillery.

They will be covering up the Lancaster Road entrance to make the entire south side of the property a working farm. The west side will be lined with 13 rickhouses.

Lt. Governor Jacqueline Coleman was in attendance of the ceremony, and spoke about how it will impact the area. Coleman grew up in Burgin, and graduated from Centre College.

“This is home to me, and to see the community come out and support organizations like this, a vision like this, gives me hope not just for today, but for the future of Danville and Boyle County and the Commonwealth of Kentucky,” Coleman said.

She said with facilities like this in the state, they have to make sure schools are training students to work in the trades, for agriculture programs, business, technology, and innovation; so that these types of businesses will thrive for generations to come.

“This is ripe for growth and progress and for creating jobs and helping this economy that we are building in Kentucky,” Coleman said.

The craft distillery is scheduled to be complete by May 2023. Construction on the larger distillery will likely begin in the fall of 2023.