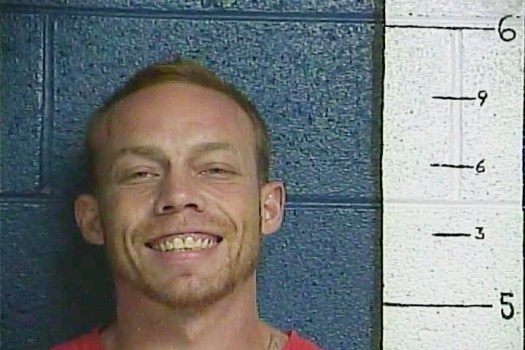 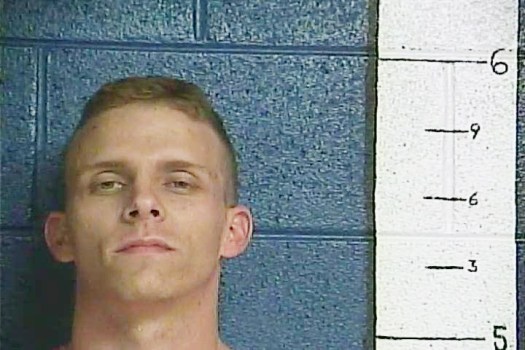 CRAB ORCHARD – After a high speed pursuit through Crab Orchard, Lincoln County K9 Luma helped track down a driver who fled on foot after crashing his car.

Sanders activated his emergency equipment, but the car did not slow down.

“The vehicle then took a hard right into a yard before coming back towards me at a high rate of speed,” the arrest citation states. “I observed the driver, a younger male. Once the above passed me going southbound I observed 103 miles per hour.”

Salyers then continued to speed through the stop sign on Hwy. 39 going into Crab Orchard.

“The above went straight into several yards before coming back onto the road on Elm Street,” the citation states.

Salyers continued on Hwy. 643 at speeds of up to 100 mph before making a left-hand turn onto Slate Branch Road. He continued on that dead-end road before crashing into a building and fleeing on foot.

“The above had white foam around his lips and bloodshot constricted eyes,” the citation states. “I asked the above when the last time he used was and he stated meth yesterday.”

Salyers was transported to Rockcastle Hospital for a blood test.

Once police left the scene, a homeowner called Bluegrass 911 and stated they observed another man laying in a creek on their property.

The man was identified as William Eastridge, 35, of Somerset. He was located directly to the right of the vehicle behind a house.

“The above had a seatbelt rash on the right side of his neck, indicating he was the passenger,” the citation states. “William stated he was not in the vehicle and that he was homeless sleeping in the woods.”

Both Salyers and Eastridge were lodged in the Rockcastle County Detention Center.