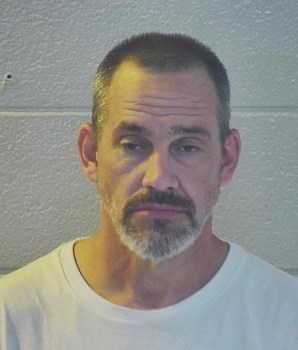 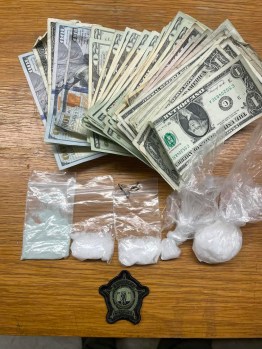 Photo courtesy of LCSODeputies arrested a man on drug-trafficking charges after he was allegedly found in possession of 1.7 ounces of crystal methamphetamine and 2.9 grams of heroin.

WAYNESBURG – A man was arrested Sunday on drug-related charges after arriving at the scene where deputies were conducting a stolen property investigation.

According to the arrest citation, Cook pulled into the driveway of 550 Jake Faw Road, where deputies were conducting an investigation into stolen property, as well as serving an arrest warrant.

Due to dark tinted windows, deputies could not see the driver of the 2004 silver Nissan.

“I then opened the driver door, as I could not see the driver,” the citation states. “I noted the driver to be a Curtis Cook who I had knowledge of having a warrant.”

Mullins said a baggy with white substance was in Cook’s left pant pocket and was visible in plain view.

“I then detained the subject and removed a baggy containing approximately 1.7 ounces of a white crystal substance appearing to be methamphetamine,” the citation states.

Approximately 2.9 grams of a gray substance believed to be heroin was also found inside of the baggy, according to deputies.

Cook also allegedly had a large amount of U.S. currency in various denominations.