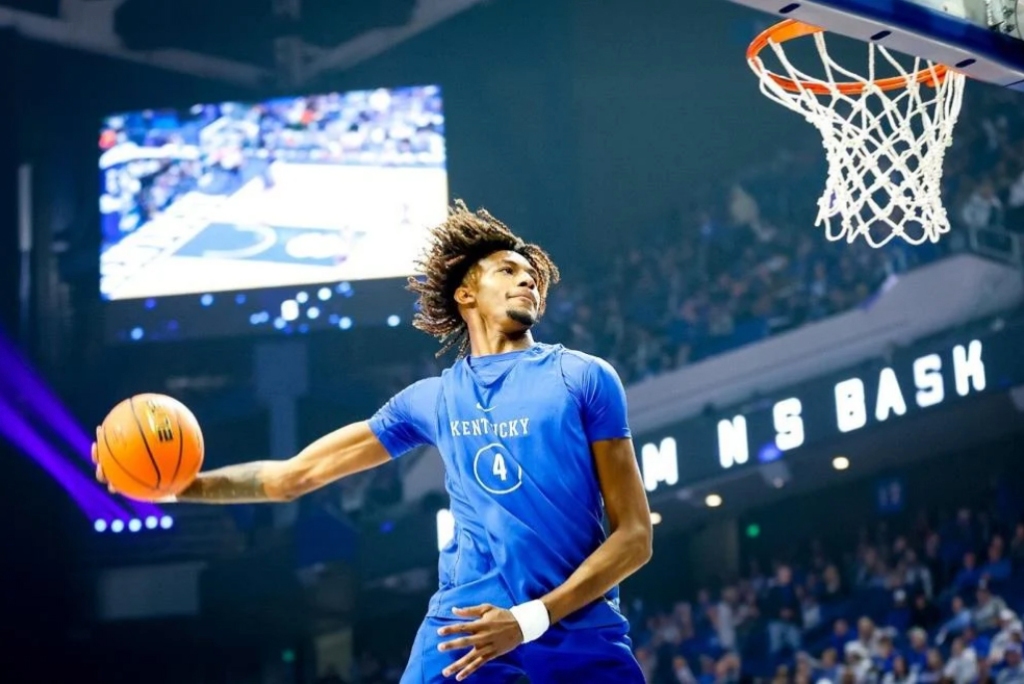 Basketball is back in the Bluegrass.

Kentucky forward and reigning college basketball Player of the Year Oscar Tshiebwe didn’t participate in an eight-minute-scrimmage. Tshiebwe had a minor procedure performed on his knee earlier this week.

“I really like my team,” Calipari said. “This is a group I’d say you’ll have fun watching.”

Even with the absence of Tshiebwe, the fans were eager to see the Wildcats. Toni Davis said she hit the jackpot when she scored tickets for Big Blue Madness.

Davis, 30, of Winchester, was in attendance for the annual event for the second time in four years and were glad to be part of the crowd.

“It’s like winning the lottery,” said Davis, who sat on the last row of bleacher seats in Section 224 with her husband Nathan.

“We didn’t know we were going to be this high, but we’re grateful and thankful that we got them,” Toni said.

“This is a great view,” he said. “This is the first time we are going to see what the team is going to be able to do this year.”

Toni waited for 45 minutes for tickets earlier this month and even had time to eat before getting the official notification from Ticketmaster.

“I went to Dairy Queen to get breakfast while I was waiting in tickets,” she said.

The couple not only got their first glimpse of the 2022-23 squad, but also are celebrating their sixth wedding anniversary.

“This is our big event of the weekend,” Toni said. “We love the entertainment and everybody is just so excited.”

Kentucky women’s coach Kyra Elzy arrived on a motorcycle with a motorcade before being introduced to the crowd. Former Kentucky Miss Basketball and Ryle standout Maddie Scherr did her own version of the “John Wall Dance” during player introductions.

• Prior to the start of madness, Aaron Bradshaw, a 5-star, 7-foot-1 center from Camden High School in Rosselle, New Jersey, verbally committed to the Wildcats.