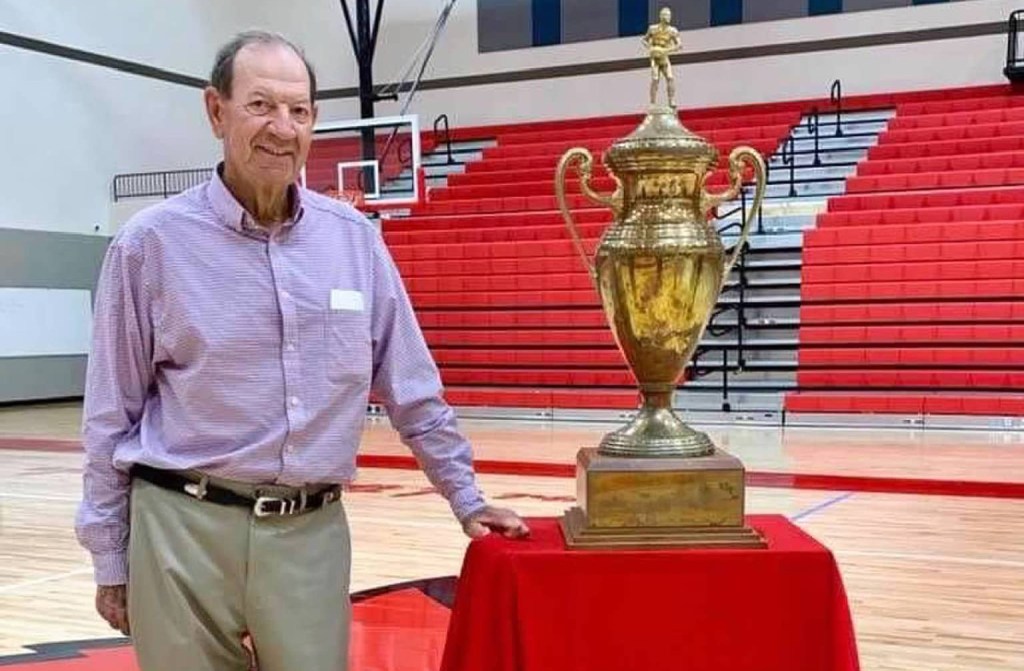 Dale Moore was known for his feats on the basketball court as well as the golf course. Photo courtesy of Larry Vaught

Dale Moore, the first basketball coach at Garrard County and one of the area’s most accomplished golfers, died Monday at his home in Lancaster. He was 84.

Moore coached the Garrard boys for the first six seasons following the consolidation of Buckeye, Lancaster and Paint Lick in 1964. He returned for the 1986-87 season and compiled a 75-98 record in seven seasons with the Golden Lions.

Moore also was the last coach at Buckeye, which went 23-5 and made its only regional tournament appearance in 1963-64, his only season there, and he went 2-25 in one season at Stanford.

He also started the Garrard boys golf program and was an assistant football coach.

He was inducted into the Dawahares/KHSAA Hall of Fame in 2004.

Moore won more than 100 golf tournaments, including multiple championships in the Homer Profitt Invitational at Dix River Country Club in Stanford, and he had a short stint as a senior professional.

He was a member of the 1954 Inez team that won the Sweet Sixteen, and he was a first team all-Ohio Valley Conference selection at Eastern Kentucky University in 1958 and ’59. He remains ranked in the top 25 in career rebounding at EKU, where he also lettered in tennis.

He was drafted by the NBA’s Cincinnati Royals, but he was also drafted into the U.S. Army and served two years in Thailand.