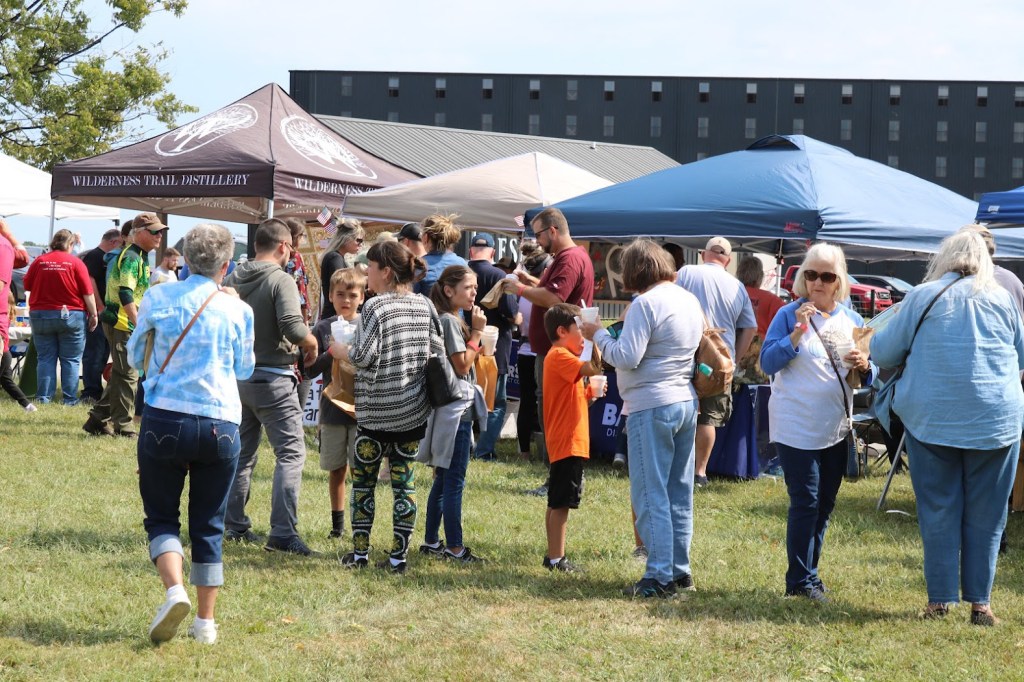 The Wilderness Trail Distillery grounds were packed on Saturday for the Fifth-Annual Chili Cook-Off to kick off fall.

There was plenty to enjoy besides chili, such as horse and wagon rides, plenty of sweets and treats, and music by DJ Reece. This year’s cook-off featured 25 contenders vying for the title of the best chili in Danville. A panel of five judges had the honor of picking the winner, and there was a category for community choice that allowed cook-off attendees to cast a vote for their favorites.

Proceeds from the event support the Danville Kiwanis youth and senior citizens programs. The Kiwanis receive the names of the children they help at the holidays from Salvation Army, Big Brothers Big Sisters, Wilderness Trace Child Development Center and Sunrise Children’s Home.

Perry said that he is always eager to help local charitable causes, such as the Kiwanis Club programs.

“I’m retired now,” he said. “But if I get an opportunity to where I can help the community, it’s something I want to do.”

His sentiment was shared among all the judges who jumped at the opportunity to give back to the community and help support a good cause.

Max Duffy said that he had never really eaten chili before being a judge.

The event gives Wilderness Trail a chance to host a fun community event while also helping those in need. It was originally planned as a one-time event, but became an annual festival because of its initial success.

“Wilderness Trail wanted support Kiwanis in there mission that has been going on for more than 100 years,” said Wilderness Trail marketing and visitor experience rep Emily Toadvine.