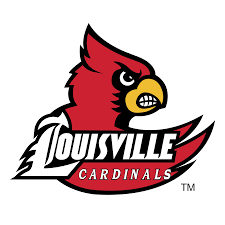 Yellow flags weren’t the only thing flying around Cardinal Stadium Friday night where Louisville’s puzzling, Jekyll/Hyde football team fell to Florida State (3-0, 1-0) 35-31 in a disappointing home debut witnessed by an announced crowd of 46,459 and a national TV audience.

There were plenty of red flags, too, indicating that coach Scott Satterfield’s cleanup job is far from complete and raising questions about the Cardinals’ (1-2, 0-2) immediate future considering that they needed to build momentum and a cushion in the win column before taking on by far the toughest part of their schedule in the last six games.

Here’s a partial list of why Satterfield should be very worried, on top of U of L already having played itself out of any realistic chances for an ACC Atlantic Division championship:

• Penalties continued to be a serious problem, with the Cards committing 11 for 81 yards, several of which stalled drives, negated a good play or kept an FSU drive alive. According to the official play-by-play, six of them were pre-snap violations, including four false starts, each by a different player. The Cards entered the game as one of the most penalized teams in the country and showed no improvement in that area.

• The Cardinals committed three turnovers, adding to the sloppy performance — two fumbles and quarterback Malik Cunningham’s last-minute interception as the Cards were driving for a potential tying touchdown. That makes seven turnovers in the two losses.

• The defense surrendered 495 yards of total offense and were unable to contain an inexperienced backup who threw just two passes last season and had completed only 18 throws in two seasons with the Seminoles.

Redshirt sophomore Tate Rodemaker replaced starter Jordan Travis late in the second quarter and finished 6-of-10 for 109 yards and two TDs while FSU’s three running backs combined for 220 yards and averaged over seven yards per carry. Treshaun Ward led all rushers with 126 yards on 10 carries.

“We got to finish and limit explosive plays,” U of L linebacker Momo Sanago said. “That’s what it comes down to. Just finish. It’s what’s on the back of our shirts, it’s what we trained all summer for. We’ve got to attack and go into every single game ready for blood.”

The loss overshadowed another good performance by QB Malik Cunningham, who completed 21-of-34 passes for 243 yards and a touchdown, and added 127 yards and two TDs rushing as U of L compiled 495 yards total offense.

Louisville will be favored to get back on the winning side when it hosts USF next Saturday at noon. The Bulls (1-2) missed a last-second field goal Saturday that would have forced overtime in a loss at Florida.