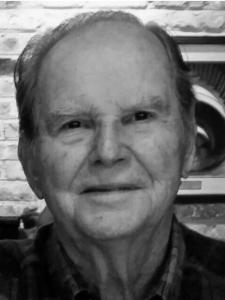 James William “Dick” LaFevers, age 93, of Monticello, KY, passed away on Thursday, September 15, 2022, at his home surrounded by his loved ones.
James was born on March 27, 1929, in Brodhead, KY, a son of the late Hugh and Eva (Fletcher) LaFevers. He proudly served his country in the United States Air Force. He was united in holy matrimony to Brenda Edwards on August 28, 1970, and of that union came two children: Debbie and Lisa. He was of the Baptist faith and was a member of the Cedar Creek Sports Club. In his free time, he enjoyed quail and big game hunting, fishing, running his bird dogs, and farming.
Those left to celebrate his life are his wife of 52 years Brenda (Edwards) LaFevers of Monticello, KY; two daughters: Debbie Reich & Joe of Beavercreek, OH and Lisa Cooper & Nelson of Englewood, OH; four grandchildren: Dee Dee McFadden, Abby Cooper-Moore, Nelson Cooper, Jr., and Geoff Myers; five great-grandchildren: Zack and Samantha McFadden, Tucker Cooper, Gus Moore, and Ella Mae Myers; niece and nephew: Sandy Pruitt and Larry LaFevers; as well as a host of many friends and neighbors.
Besides his parents, he was preceded in death by his siblings: Eugene LaFevers and Mary Francis Robbins; and a nephew: Less LaFevers.
Visitation for James will be held at the Marvin E. Owens Home for Funerals on Sunday, September 18, 2022, from 5 to 9pm. A funeral service will be conducted at the Marvin E. Owens Home for Funerals on Monday, September 19, 2022, at 2pm, with Dan Gutenson officiating. Burial will follow in the Piney Grove Cemetery. Casket bearers will be Ray Hammonds, Bill Phelps, David Riddle, Larry LaFevers, Frankie Nunn, and Bobby Turpin. Military Honors will be preformed by Caswell Saufley American Legion Post of Stanford, KY.
Condolences can be made to the family at www.marvineowensfuneralhome.com