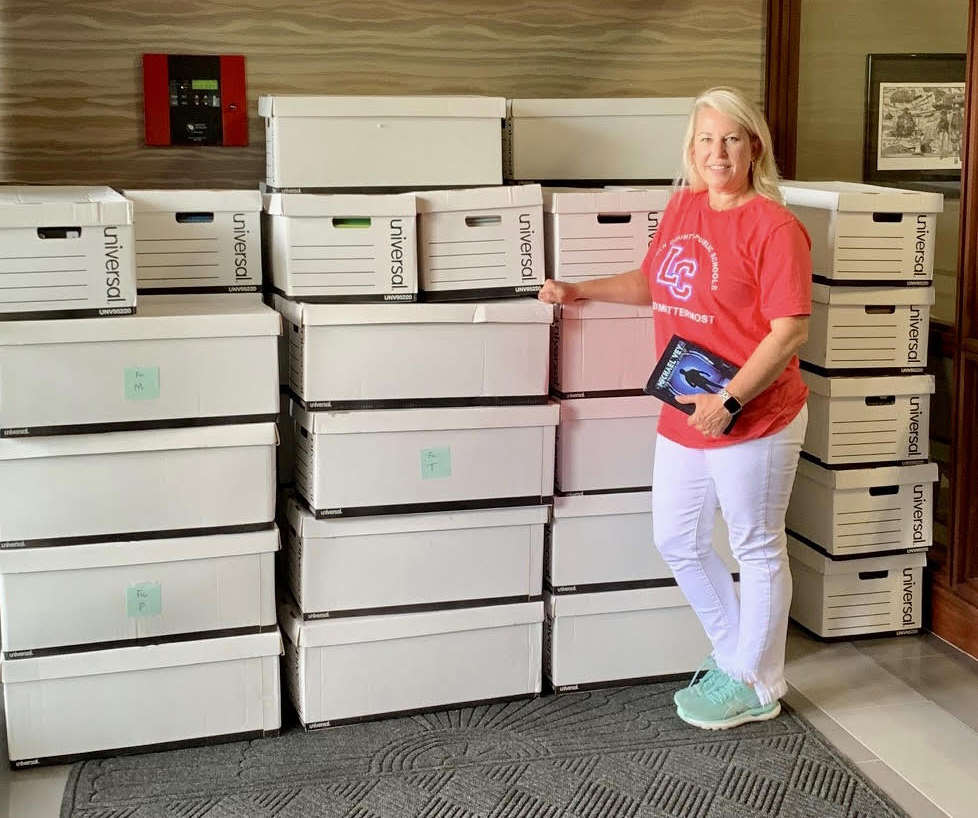 Lincoln County Middle School librarian Stacy Faulkner and her husband, Todd, loaded delivered books to KEDC in Lexington where they will be sent on to schools in Knott County. Photo submitted

Lincoln County Middle School librarian Stacy Faulkner and her husband Todd loaded up the books in a cargo trailer and delivered them to KEDC in Lexington last week.

“I saw the outreach on social media from librarians in Eastern Kentucky, stating that they had lost everything due to the flooding,” said Mrs. Faulkner. “Since we had recently merged our two libraries at the middle school into one location, we  had several duplicates and extra books that we were able to donate. I had already given some to our students who wanted them too, so this was a perfect home for the extra books we no longer had a need for.”

The donated books were to be gently used and new titles and will be used to renew Knott County Public School libraries that were recently damaged by flood waters this past July.