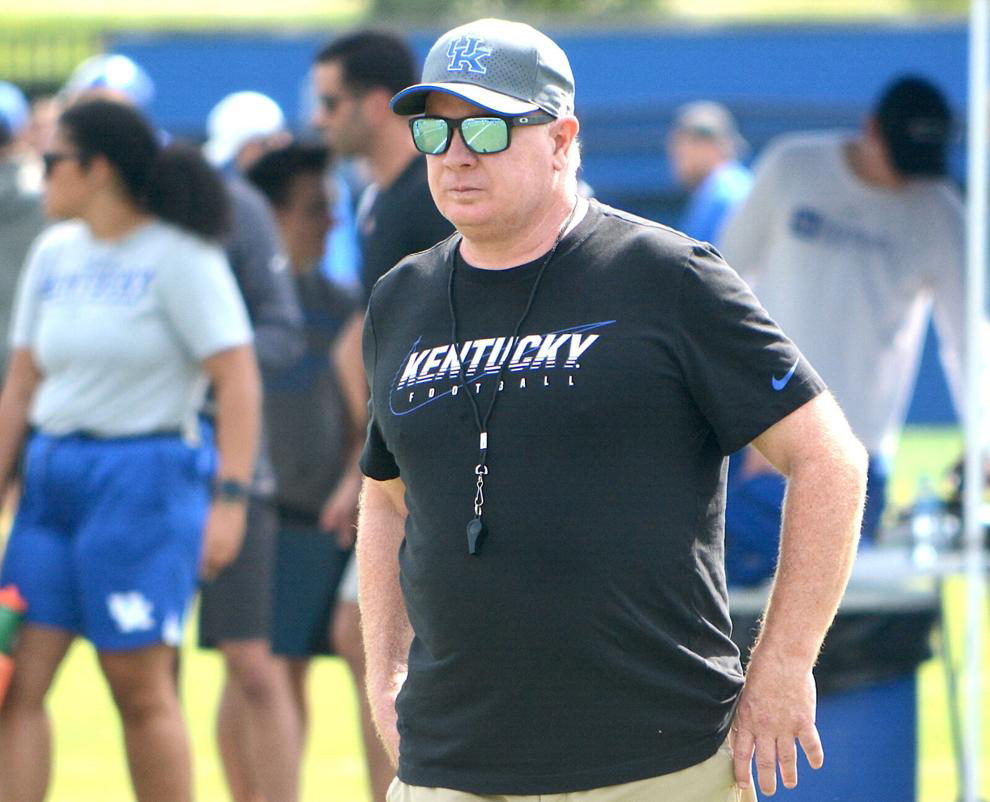 Kentucky football hasn’t always been the talk of the Bluegrass. Success has a way of changing the narrative.

Once an improbable feat — for 31 years to be exact — the Wildcats weren’t the same caliber as the Florida Gators. It wasn’t even close until Mark Stoops came along and changed the mindset, the culture and the image of Kentucky football.

Past teams would not have been able to overcome mistakes that occurred during a 26-16 triumph over the Gators in enemy territory. Miscues on special teams and playing without standout running back Chris Rodriguez were tough hurdles to overcome.

The Wildcats didn’t complain and just kept playing. Kentucky shut out the Gators in the second half and contained and frustrated quarterback Anthony Richardson, the Southeastern Conference Offensive Player of the Week following opening weekend.

Florida brought the hype, but Kentucky brought its lunch pail and defeated the Gators in typical Stoops style, with an old-fashioned, hard-nosed approach on both sides of the ball, especially on defense.

The turnaround Stoops has orchestrated began with an emphasis on defense. A longtime defensive coordinator as an assistant coach in the collegiate circles, Stoops placed a premium on defense, while also making sure the Wildcats were making the right gains on offense in an ever-changing collegiate landscape.

In 48 of the past 54 games, Kentucky has limited its opponents to 30 points or less, proof the defensive unit means business when they step on the field.

The success on the recruiting trail, especially keeping in-state talent at home with players such as Dane Key, while also dipping into the transfer portal and grabbing quarterback Will Levis, also has played a big role in Kentucky’s unprecedented success on the football field.

It took three seasons for Stoops to create a winning environment. The Wildcats went 12-24 those first 36 months, but the Kentucky coach never wavered and kept his eyes on the future. Since then, Kentucky has compiled a 49-29 record and the Wildcats began gaining respect locally, state-wide and nationally.

It’s hard to ignore the job Stoops, now the program’s all-time winningest coach with 61 victories after passing Paul “Bear” Bryant on Saturday night, has done in one decade at Kentucky.

He’s beaten Florida not once, but twice in Gainesville and beat the Gators for back-to-back seasons for the first time since Fran Curci did it 45 years ago. The Wildcats have collected 16 straight non-conference victories, the longest streak in the nation.

Kentucky has never been considered a “football school” or a major player in the sport in the Southeastern Conference. Winning seven games was once considered a successful season, but under Stoops, the Wildcats have notched 10 victories in two of the past four years, all while making a school record six consecutive bowl appearances and have won four straight postseason contests.

Thanks to Stoops and his vision for the program, past perception is no longer reality.