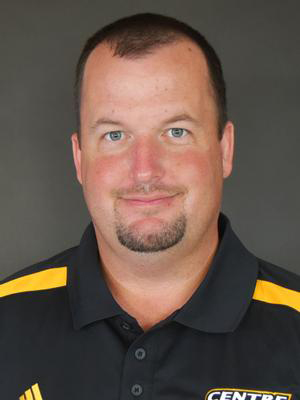 During his time at Centre, Jones made an impact of students lives whether it was coaching or something as simple as helping students with their laundry.

“My heart breaks this evening for our athletics department family, for the student-athletes that make up the men’s and women’s golf teams, and for all the people that were privileged to call him a colleague, a coach, and a friend. In the coming days, weeks, months, and years, we will work to honor David’s legacy, because it’s worthy of celebration,” said Centre Athletic Director Brad Fields in the release from the college.

Survivors include wife Kotey and three children, Kinzley (6), Kevin (2) and Kyndall (3 months). The school has established a GoFundMe account to support Jones’ family.

A graduate of Southwestern High School in Somerset, Jones played collegiate golf at Western Kentucky University, where he graduated in 2011.

Jones began his second tenure at Centre in 2019. He was named interim coach in 2016 when he replaced former coach Bruce Brown. That year the team finished fourth at the SAA Championship and won the Rhodes Spring Classic.

In the spring of 2016, Jones held the title of Interim Head Coach after the departure of Bruce Brown. During that semester the men’s golf team climbed to a Top 25 ranking and finished fourth at the SAA Championships. The men’s team brought home hardware that season with a win at the Rhodes Spring Classic.

The next fall, he led the women’s golf team.

Jones was a four-year letter winner in golf at Southwestern and was selected as all-region his junior and senior year.

If you would like to donate to support the family, go to GoFundMe.com or the Center College Athletics Facebook page.