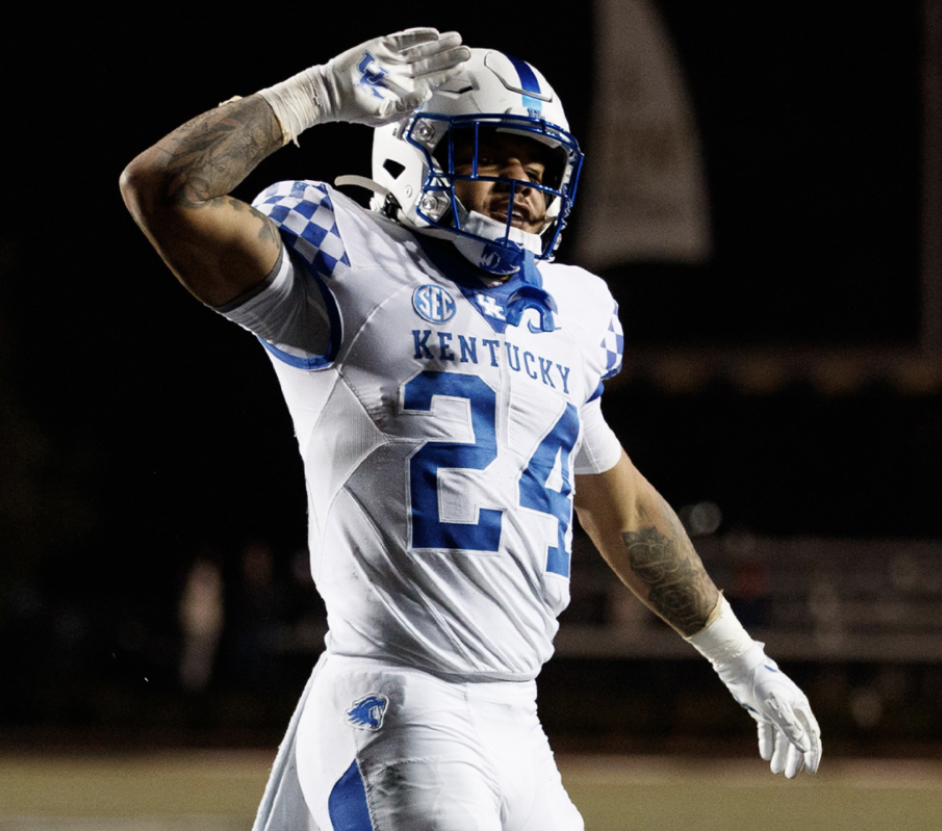 Kentucky will be without its top running back in the season opener against Miami of Ohio on Saturday at Kroger Field.

Veteran Chris Rodriguez has been suspended at least one game and maybe more after he was arrested and charged with DUI in July and is reportedly facing discipline for another off-the-field incident that UK coaches have not confirmed.

Kentucky football coach Mark Stoops didn’t give a timetable on his possible return to the lineup.

“I expect a few of them will have multiple-game suspensions but I don’t know.,” Stoops said without divulging any other specific player or players. “I’ll address it next week … There are layers to things. It’s not always black and white. The players have rights and there are processes involved. That’s where we’re at.”

Stoops added that he has been “in tune with the situation for awhile” and said, “things evolve, things change.”

“Information comes and goes,” he said. “There are different layers to things. That means there are multiple different entities involved. I prefer not to dig anymore into it. I’m not withholding anything. I’ve been pretty in tune with what I felt like things were going to happen, but I have bosses and they have bosses.”

The team’s first depth chart listed Kavosiey Smoke as the No. 1 running back for the opener. Smoke, a senior, is listed ahead of Sam Houston State transfer Ramon Jefferson who was No. 2.

“He (Smoke) has this opportunity right now and we’re excited. I’m excited for him and to see what what he does with it,” Stoops said. “I have a good feeling what he’ll do, you know, because I’ve seen him seen him play through the years. I’ve seen his preparation. I like the way he’s responded.”

Stoops and the coaching staff “put more pressure” on Smoke in training camp with good results.

“We expect a lot out of him and we want to see that consistency,” Stoops said. “I’m proud of the way he’s responded the past couple of weeks because he didn’t start out there. You know, he didn’t start out in the number one spot,  whether Chris was there or not, he’s worked his way (up).”