Rodriguez giving it his all in practice 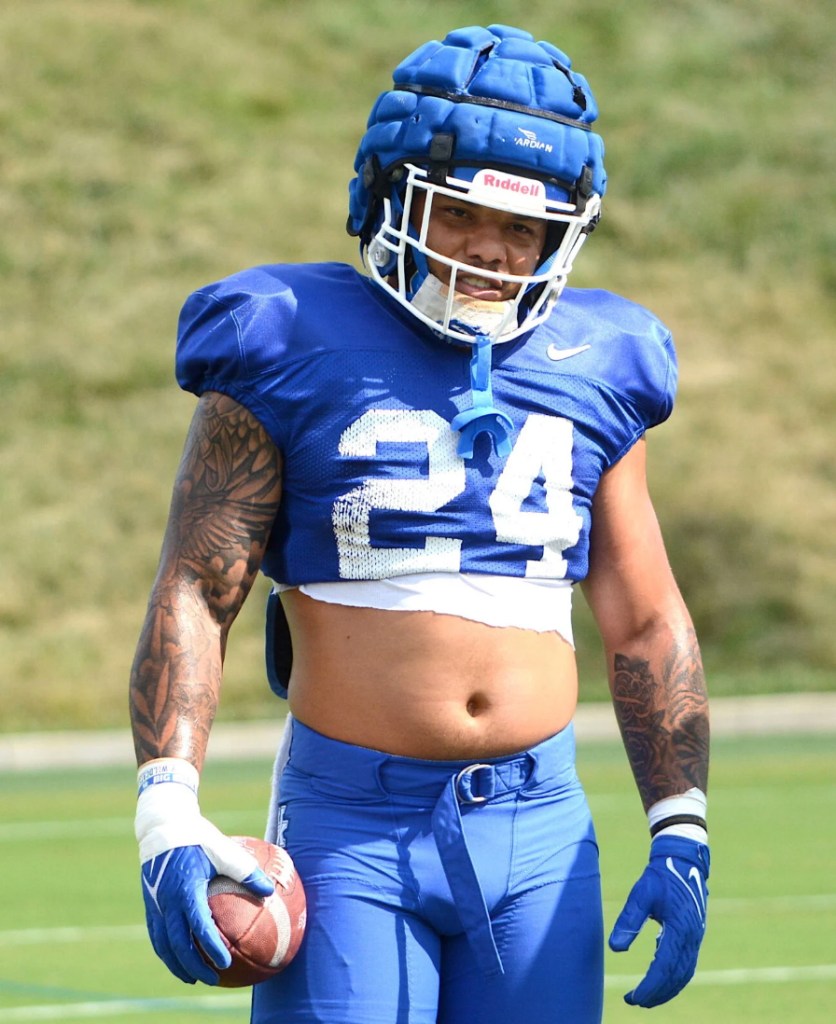 It’s not known whether veteran running back Chris Rodriguez will be in the starting lineup in Kentucky’s season opener on Sept. 3 against Miami of Ohio, but the running back has been active in camp.

Rodriguez has been very much in part of the team’s preseason workouts and was on the field during an open practice for media members on Wednesday afternoon.

Rodriguez pleaded guilty and agreed to pay a fine and court costs from his arrest last spring. Rodriguez agreed to pay a $200 fine and $700 or more in court costs, both of which have to be paid in full by December 13. His driver’s license will be suspended for four to six months. Rodriguez was arrested at 3 a.m. on May 8 and was charged with driving under the influence and careless driving.

During team drills, Rodriguez appeared in shape and prepared for the upcoming season while working out Wednesday. Expect coach Mark Stoops to give an update on the status of Rodriguez early next week.

Sam Houston State transfer Ramon Jefferson has been impressive during fall workouts. Stoops said Jefferson had “tough runs” and “did some really good things” in the team’s scrimmage last weekend. If Rodriguez faces disciplinary action to open the season, Jefferson likely will get the call in the backfield in the absence of Rodriguez.

Quarterback Will Levis said Jefferson is a “smaller version” of Rodriguez, but with more shifts in the open field. The Kentucky quarterback compared Jefferson to a “little bowling ball.”

“He’s got a good feel too, just a smart football player,” Levis said. “He’s doing a really good job in protection, getting in his spots in the passing game, able to catch balls out of the backfield. As long as he just plays how he is and who he is as a player, he’s going to get reps for us and make an impact, for sure. I’m excited.”

Jefferson said his mindset is to stay focused and locked in while on the field.

“I always try to be in control of everything, bad play, good play, just take it to the next play and be focused on attacking that play,” he said.