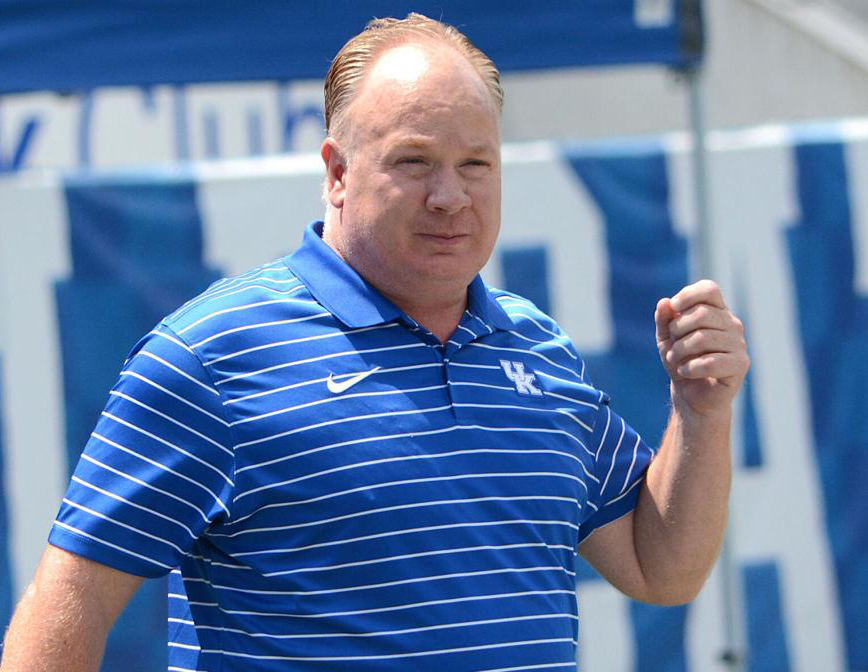 Mark Stoops has established a winning culture in his tenure at Kentucky. His 10th season as head coach begins Sept. 3 against Miami of Ohio. Photo by Keith Taylor/Kentucky Today

Kentucky is starting the season in the Associated Press preseason top 25 for the first time since 1978.

The Cats are ranked 20th, one of six Southeastern Conference teams in the rankings. Kentucky, a 10-game winner last season, hopes to threaten for the SEC East Division title where defending champion Georgia goes in as the favorite.

Alabama was the preseason No. 1 choice. Ohio State (six first-place votes), Georgia (three), Clemson and Notre Dame round out the top five.

Alabama is ranked No. 1 in the preseason poll for the second consecutive season and ninth overall.

The Tide’s preseason No. 1 ranking is the seventh in 15 years under coach Nick Saban. Since the preseason rankings started in 1950, only Oklahoma with 10 has been No. 1 in the initial poll more often than Alabama.

The Crimson Tide started last season No. 1 and finished ranked No. 2 after losing the national championship game to the Southeastern Conference rival Bulldogs. Saban recently called 2021 a rebuilding season for his Tide dynasty, which has won six national titles over the last 13 years.

The Cats were ranked No. 21 in the USA Today coaches preseason poll. Kentucky opens the season Sept. 3 against Miami of Ohio at Kroger Field.