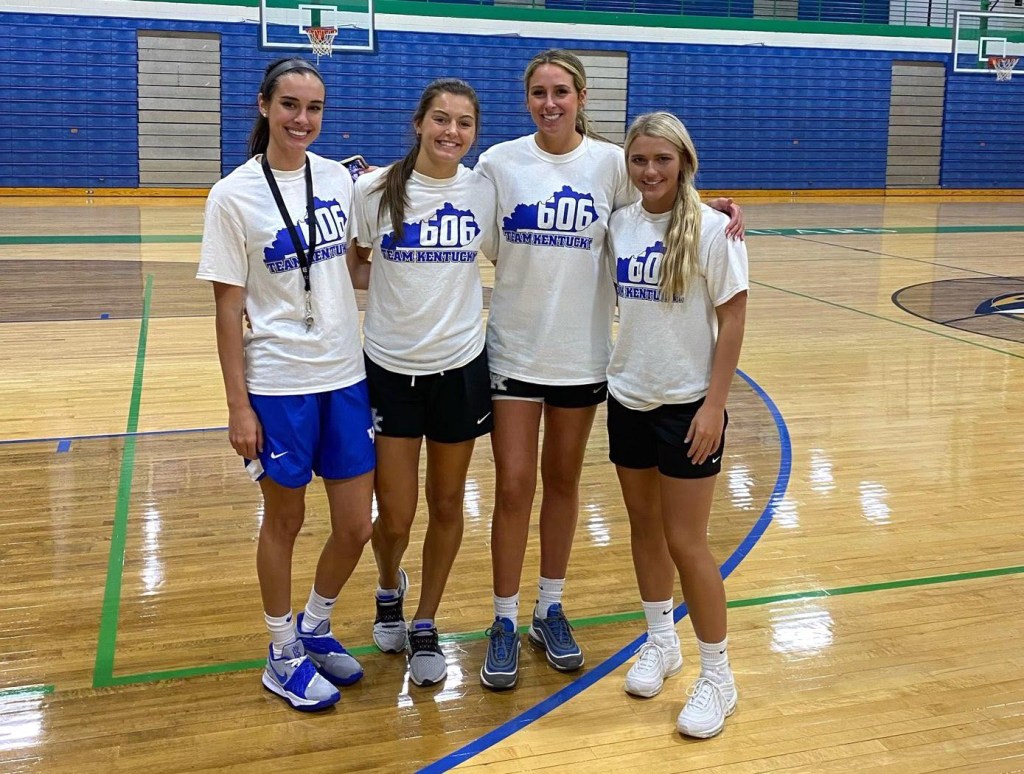 With so much focus on John Calipari’s team it has been easy to overlook that UK women’s coach Kyra Elzy is truly rebuilding her team. Kentucky won the SEC Tournament last year but leading scorer Rhyne Howard — the No. 1 pick in the WNBA draft — is gone.

“One thing coach Elzy is harping on is returning players, specifically me and Blair, being great leaders,” King said after UK finished summer workouts last week. “I remember my freshman year I was probably the least confident person to walk through that door ever.

“I try to remember that and give as much as I can to help these newcomers. I was the only freshman practicing when I came in. They have a lot of new players. Actually, they are pretty much the entire team and they are going to be thrown to the fire because there are not other options.”

However, King is extremely optimistic about the upcoming season.

“I try to lead the right way with the right mindset,” she said. “I love this year’s team and I am excited about what we can do. I think we are really going to be a fun group to watch.”

She combined with current teammates Blair Green and Cassidy Rowe along with former UK star Maci Morris, all from the 606 area code like King, to put on the 606 Basketball Camp at North Laurel High School in London last week that raised $3,000 for flood relief.

“It was really Blair’s idea but was just something we all felt very strongly about doing and trying to help out in any way we could,” King said.