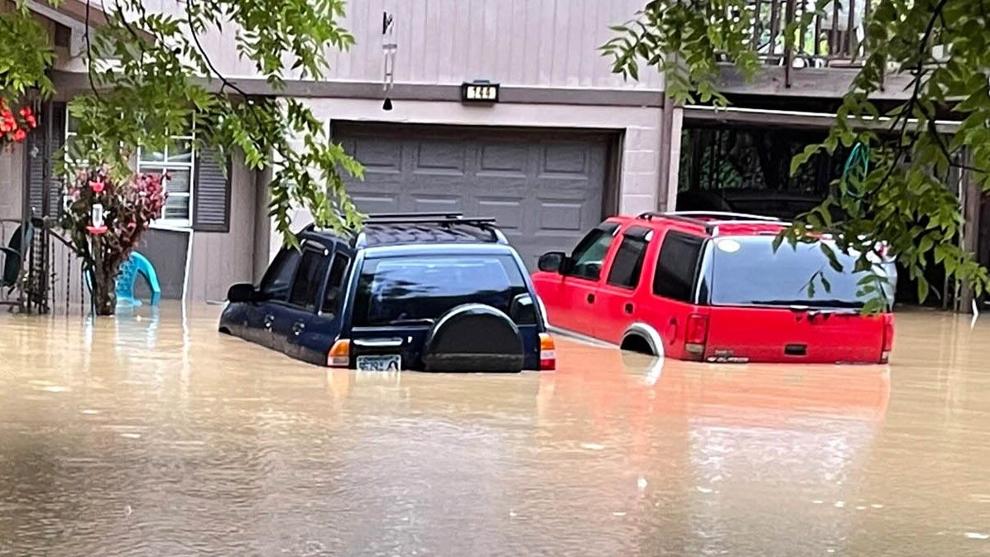 Resources are being made available for flood victims. Kentucky Today photo

Gov. Andy Beshear has expressed his displeasure with the Federal Emergency Management Agency in their response to those who have lost their homes and other belongings in last month’s eastern Kentucky flood.

Beshear said FEMA’s bureaucracy is the problem. “I’m hearing from the very top levels, they fully agree. From the people on the ground I was talking to yesterday, they want to provide help. Something in the middle is problematic. I’m going to continue to advocate and push as hard as I can to get the changes that we need so we can get the dollars.”

He says FEMA’s process rejects claims if there is anything missing on the application, instead of trying to get it completed.

He had this advice to people whose claims have been rejected by FEMA: Number one, do not give up. Number two, if you’re denied, go and look these people in the eye. I’ve been told they can re-open your claim, without having to appeal.”

“What my community has gone through over the last ten days is tragic,” Smith said in a news release. “The trauma these families have experienced will leave lasting scars on our community for years to come. I’m concerned about the reports I hear from my constituents saying they’ve applied for FEMA assistance only to be denied or offered a grotesquely inadequate amount of money for their rebuild. This only adds insult to injury to folks who desperately need help.”

After their application was approved, one family who contacted Sen. Smith’s office was offered only $8,000 in total for their loss.

“To me, that means the federal government has decided the total value of this families’ livelihood, literally everything they have to their name, is only worth $8,000,” Smith added. “I am speechless, I am heartbroken, and I am angry.”

As for the overall flood response, Beshear said the state is now moving to another phase. “I see our response to this flooding in three phases: emergency, stabilization and rebuilding. This was the most devastating and deadly flooding our Commonwealth has experienced in my lifetime.  But the good news is, we are likely out of the emergency phase of responding to this disaster. Now we move into the stabilization phase, and then we can start rebuilding.”

Congregate shelters have 162 people, while Kentucky State parks are housing another 321. Of them, 177 are at Jenny Wiley State Park, four at Painstsville State Park, four more at Pine Mountain State Park and the other 136 at Buckhorn Lake State Park.

A lot of progress has been made in electricity restoration. Due to storms overnight Wednesday, power outages rose to 749 from 230 reported the day prior in impacted counties. The overnight storms did not cause significant damage to infrastructure, and the additional outages are expected to be resolved quickly. On July 25, there were 25,111 reported power outages.