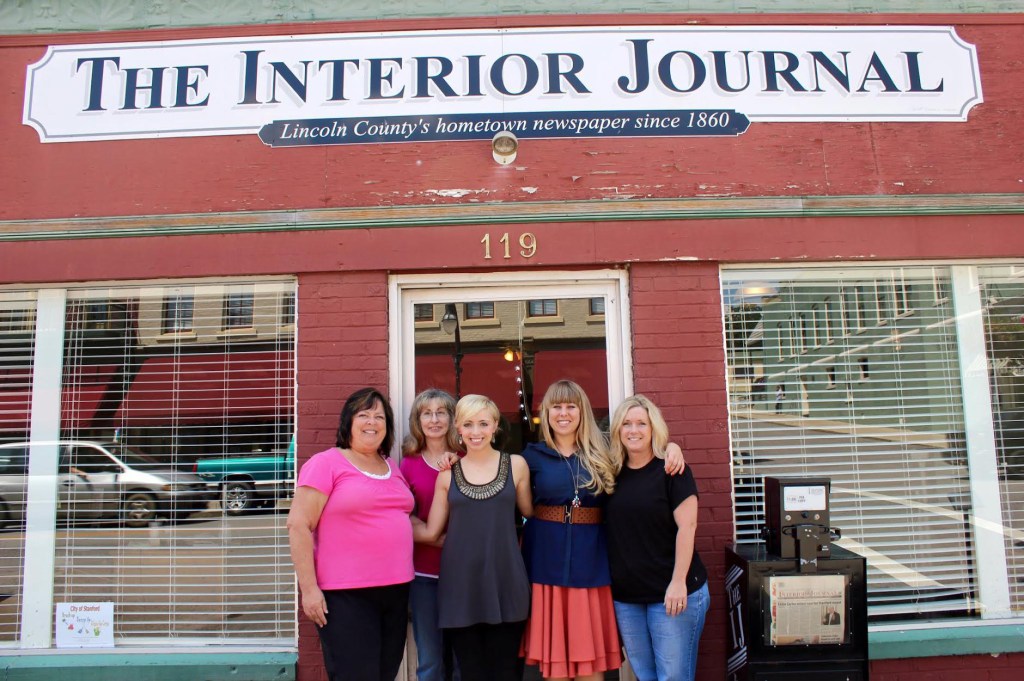 STANFORD – Nancy Leedy could almost always be found on the sidelines of a Lincoln County sports game, no matter the weather, with a camera and notepad in her hand.

Since the summer of 1986, when Nancy first began taking sports photos for The Interior Journal, she has been there covering the games, the college signings and the state championships. 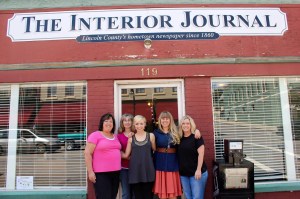 It wasn’t long before Nancy began covering sports full time for The IJ – and she continued to do so for 32 years.

The face of Lincoln County sports for more than three decades, Leedy died Aug. 1. She was 62.

Bonnie Kolasa was a typesetter for the IJ when Nancy joined the staff and fondly remembers their time together at the newspaper.

“Nancy loved her job,” Kolasa said. “She loved taking pictures, and she was meticulous about what she wrote.”

Gina Cooper became the IJ office manager around the same time Nancy started writing sports stories and was there until 2016.

“We were all just like family. We have so many fun memories,” Cooper said.

Cooper said the three of them would go Christmas shopping every year, visit Kings Island amusement park near Cincinnati in the summer and often go to the movies together. “We had some fun days at the newspaper, and we had some days that were trying,” Cooper said.

She remembers when 18 to 20 inches of snow fell one year and the three somehow made it to the office, but it was so cold nothing would stick to the wax paper.

“Then we had the fire in 1990 and we didn’t have an office so we relocated to the owners’ house (Tom and Sharman Moore) for a few months,” she said. “I can remember laying the paper out on the floor.”

They were a team, Kolasa said.

“We were a family and I never dreaded going to work, not a single day,” Cooper said.

Kolasa and Cooper both said Nancy was a special person who will be greatly missed.

“The community will miss her,” Cooper said. “She took pictures of everyone’s kids throughout all of their lives until they were grown up. She loved what she did. She didn’t treat it like a job.”

WPBK-FM’s Jonathan Smith has many memories of Nancy’s sports coverage and said he read just about every sports article she ever wrote, beginning with her first story.

“Eventually, Nancy took over writing the game stories, with her first sports byline coming on December 1, 1988, documenting the LCHS Class AAA semi-final football loss,” Smith said. “There were thousands of sports stories about hundreds of athletes after that, and Nancy rose to the level of Editor in 2018. Nancy did a very good job for a very long time covering the people and events of our county.”

“She was a very good person, from great parents, who genuinely loved her community,” he said. “Our community is going to miss her presence, just like we missed her sports coverage.”

Amy Hazlett-Stevens said she and Nancy had a long friendship and they would often have lunch together. When Nancy didn’t answer her messages last week, she said she knew something was wrong.

“She was a devoted daughter and friend,” Hazlett-Stevens said. “She was one of a kind. Even if she thought it, she never spoke an unkind word about anybody.”

The two had a long-standing joke about Nancy taking unflattering photos of her.

“I used to follow her around with a camera when I saw her, trying to catch her,” Hazlett-Stevens said. “She would crack up. I’d say, ‘I’m going to pay you back one day.”

Nancy not only covered all youth sports for the newspaper, but she spent countless hours attending community plays, reunions and events like the Distinguished Young Woman program, making sure every angle of the county was covered.

Lincoln County Attorney Daryl Day, who hired Nancy after she left her post as editor in 2020 and attended Stanford Christian Church alongside her for 20-plus years, said Nancy was the family photographer for everyone in the county.

“You could have plopped her down in any small town in America at the newspaper and she would’ve been successful,” Day said.

Most people associate Nancy with sports, but she did so much more, he said.

“She also covered community Easter egg hunts. She went to community meetings. She went to the pageants at the fair and got pictures of the truck pull,” he said. “When my daughter won the Distinguished Young Woman for Lincoln County – Nancy, every year, went to the state program to get a few pictures and to write an article about how the person from here did at state – she did it when my daughter won.”

In her last two years at the IJ, when she was the editor, she was covering local government meetings, events and sports.

“There are a whole lot of people who have memories because of her,” Day said. “She was everybody’s photographer for their family; not your staged photos with a backdrop and all that, but your life moments. Nancy was the family photographer for every family in the county, basically.”

But there is no denying that sports was in her blood as her father, Bill Leedy, who most in Lincoln County know as ‘Coach’, was the first football coach at Lincoln County High School.

Day said as a baseball coach he saw Nancy’s dedication on a regular basis.

“From the coaching side of it, high school baseball is awful for people that don’t have a vested interest in the game. We were playing a game once and it was snowing – I don’t mean a flurry, I mean it was turning the tops of the dugouts and the sidewalks white – and we’re behind. We’re getting beat and Nancy’s wearing the other team’s colors,” Day said laughing. “She came over to apologize for that. Well, we come back and win that game, we were down like 8 runs and come back and win 15 to 10 and Nancy’s there in 30-degree weather, snow flying for two-and-a-half hours, watching that game and taking notes so she can write a story on it.”

That’s how much the kids and the sports meant to her, Day said.

As a former coach and athletic director, Tim Estes said he appreciated Nancy’s dedication to all sports at Lincoln County High School.

“Nancy WAS Lincoln County Sports,” he said. “It would be impossible to calculate the number of hours she spent covering Lincoln athletics or the number of pictures she took over 3-plus decades.”

Nancy was not only dedicated to her job, but more importantly her family, he said.

“Numerous times I saw her driving ‘the coach’ (Bill Leedy) around town or taking him to the golf course,” Estes said.

She was also a cancer survivor and a keynote speaker at the annual American Cancer Society Relay for Life.

“She will be greatly missed by everyone who knew and loved her, and that number is also impossible to calculate,” Estes said.