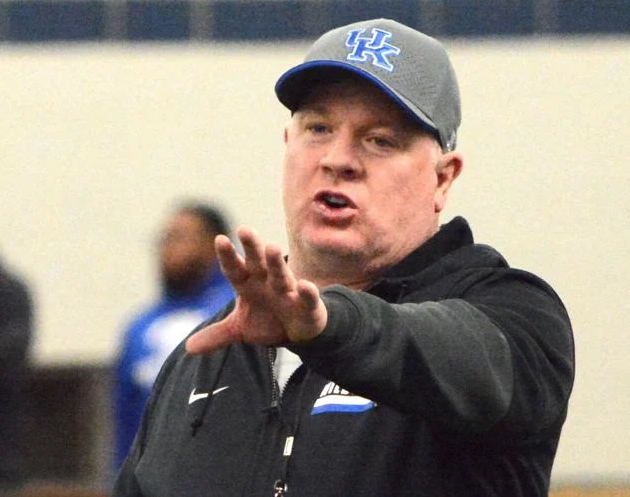 Mark Stoops has been a football coach at Kentucky longer than anyone in school history. Longer than the late Paul “Bear” Bryant and even Fran Curci. 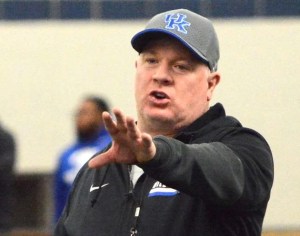 As he prepares for the season, Stoops doesn’t think “it’s a time to really reflect on that too much” but hopes his mother, Evelynn “Dee Dee” Stoops, will be part of both occasions. His brother, Bob Stoops, is the all-time winningest coach at Oklahoma and notched 190 victories in his 18-year career with the Sooners.

“I do honestly just personally think about my mother, because I want her to be there,” he said. “For her to have two sons that have the all-time wins at Power Five programs, with Bob at Oklahoma, myself at Kentucky, that’s really the only focus I have, is on my mother to be able to be there and share in that moment.”

Stoops is the second-longest tenured coach in the Southeastern Conference behind Alabama coach Nick Saban.

When Stoops left Florida State for the Bluegrass State, he rebuilt the program from scratch. He won just two games in his first season, followed by two back-to-back 5-7 finishes. The turnaround and bowl streak began in 2016, with a 7-6 mark followed by a 7-5 campaign one year later. The Wildcats went 9-3 and defeated Penn State in the 2019 Citrus Bowl to claim their first 10-win season since 1977.

The key to his success, Stoops said, has been staying the course.

“I really looked at what we did,” Stoops said. “That’s continue to stay the course. Adapt and adjust when you can. I think all of us, you’re going to be accused of being hardheaded at times. You have to stay to your core beliefs is the only advice I can give anybody.”

He also added that new coaches in the league — Billy Napier (Florida) and Brian Kelly (LSU) — need to follow their own path to success.

“Those two don’t need my advice, they’re doing very well. Just any coach, it’s just be authentic. To me, it’s just being authentic, staying true to who I am, my core beliefs, what I know is right, but then also adjusting and adapting when you have to.

“For the longevity, you have to. You have to adapt and overcome any situation.”

The current task for Stoops, and the rest of the league, is adapting to the name, image and likeness, which has transformed college athletics in less than a year. Stoops said “there’s so much good” with NIL, but added more work needs to be done to ensure an equal playing field, especially in recruiting.

“It’s a complex issue,” he said. There’s a lot of smart people that are trying to work it out. I think there’s a lot of good to it with the players that are here with me, that helped build the brand of Kentucky football, and are benefiting from name, image and likeness. I think we all support that, want to be part of it.

“I think there’s also concern. I haven’t listened to anybody’s comments, but I’ve been in meetings, and I think everybody is concerned as a head coach in the SEC with pay-for-play, so to speak, collectives, paying players out of high school. I think we’re all a little bit concerned about the sustainability of that, the future of that. I think that’s where the concern comes in. What is pay-for-play and what is legal?”

Those are new challenges Stoops never dealt with 10 years ago. A lot can and has changed in just 10 years.