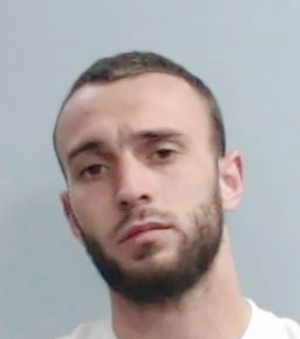 A Danville man was sentenced in U.S. District Court to 35 years in federal prison after he plead guilty to his role in drug distribution racket. 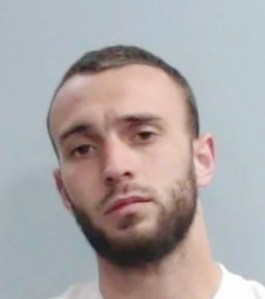 According to the U.S. Attorney’s office for the Eastern District of Kentucky, William Hargis, 24, of Danville plead guilty Wednesday in U.S. District Court in Lexington to conspiracy to distribute and possession with intent to distribute 52.5 pounds of crystal meth, possession of firearms in furtherance of drug trafficking, and conspiracy to commit money laundering.

“Illegal methamphetamine trafficking has an immense impact on our communities, and often brings guns, violence, and other crime,” said Carlton S. Shier, IV, United States Attorney for the Eastern District of Kentucky in a news release. “We remain committed to prosecuting those who engage in this grave conduct, and we hope that sentences like these will serve as a warning to those who continue to engage in it.”

In a May 2021 traffic stop, Hargis was found in possession of meth, cocaine, marijuana, a digital scale, plastic bags, and cash, according to his plea agreement. Law enforcement officials investigating a crystal meth distribution ring in Lexington say they eventually learned Hargis was storing, cutting and packaging drugs in a Lexington office building. Authorities say they found more than 50 pounds of meth, four firearms, cocaine and additional drug trafficking items in that office building.

Hargis told investigators that he had driving to casinos in Southern Indiana to launder the drug trafficking proceeds.

Hargis plead guilty to the charges in April and was sentenced Wednesday by Chief U.S. District Judge Danny C. Reeves. Under federal law, Hargis must serve at least 85 percent of his sentence before being eligible for release, according to the U.S. Attorney’s office.

Hargis’ case was the second meth-distribution case adjudicated Wednesday in Lexington. In a separate case, Deangelo Devon Grant, 36, of Los Angeles, received a 22-year sentence, after pleading guilty to conspiracy to distribute and possession with intent to distribute crystal methamphetamine.

According to Grant’s plea agreement, on August 16, 2021, he received a package that had been shipped from California to Lexington, which contained approximately 48 pounds of crystal meth for distribution. Grant told investigators that he flew from California to receive the package, in Lexington. Grant’s vehicle was stopped by law enforcement, where they discovered the drugs.

“Anyone who poisons our communities through the sale of illicit drugs must be stopped and brought to justice,” J. Todd Scott, special agent in charge of the Drug Enforcement Administration’s Louisville Division said in a release by the U.S. Attorney’s office. “I’m very proud of the work done by the men and women of DEA and our law enforcement counterparts in both of these cases.”