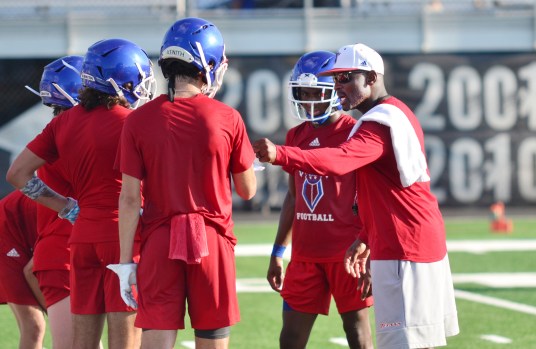 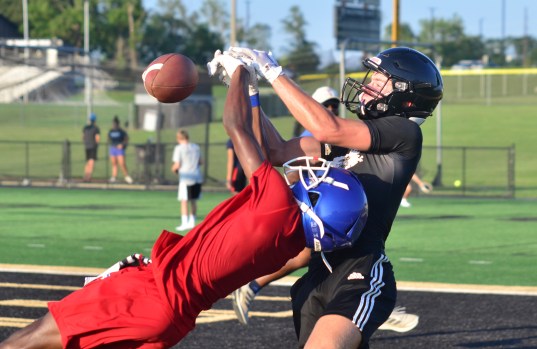 Thaddeus Mays, left, of Mercer County breaks up a pass intended for a Boyle County receiver. Photo by Mike Marsee 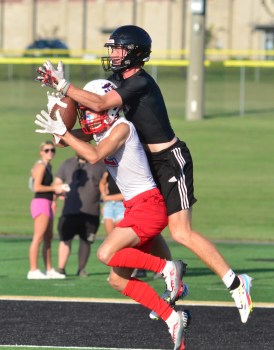 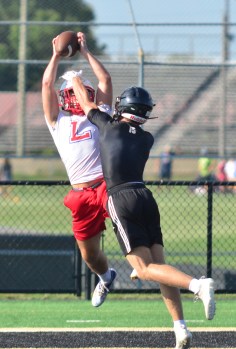 Elan Lane of Lincoln County pulls in a pass as Boyle County’s Keenan Stewart defends him. Photo by Mike Marsee 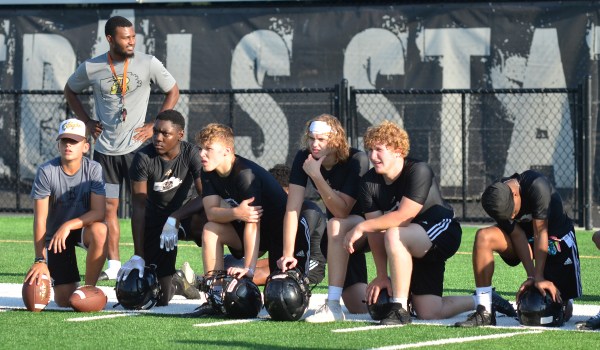 Boyle County players recover during a break in the action. Photo by Mike Marsee

It’s just four weeks until the start of high school football season, and local teams have been hard at work preparing for the coming season since the KHSAA dead period ended last week.

In addition to regular practices, teams have been participating in 7-on-7 events over the past two weeks.

On Tuesday, players from Lincoln County, Mercer County and Somerset joined Boyle County for a four-team event at Rebel Stadium.

Boyle is preparing for a run at a third consecutive Class 4A championship, while Lincoln and Mercer are entering a new era under first-year coaches Josh Jaggers and Craig Yeast.

The 7-on-7 season concludes Saturday, when Boyle and Danville will participate in a tournament at Eastern Kentucky University that includes at least 72 teams.