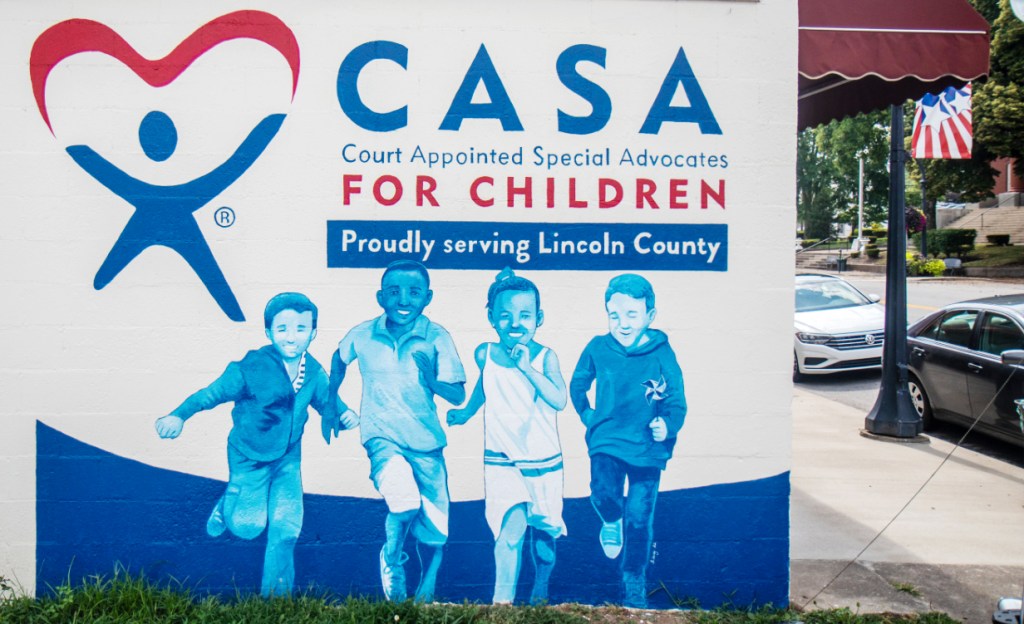 A mural adorns the side of the building at the CASA office in Stanford. Photo submitted

If you’ve driven Stanford’s Main Street recently, you may have noticed the new mural on the side of 201 E. Main St. 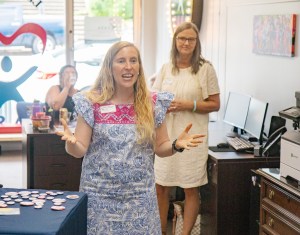 Melynda Jamison, Executive Director of CASA of Lexington, was on hand for the ribbon cutting for the local CASA office in Stanford. Photo submitted

The CASA mural featuring children playing was created by Garrard County artist Brandon Long. It was added to the side of the newly renovated Lincoln County CASA office in June, and celebrated at a ribbon-cutting and open house on July 5.

The CASA office in downtown Stanford will be the base of operations for local CASA volunteers, who advocate for abused and neglected children in Lincoln County family court.

CASA of Lexington began providing CASA services in Lincoln County in April. The nonprofit organization operates local programs in each of the seven counties it serves. In June, CASA hired Jennifer Lamb to be the Volunteer Manager for Lincoln and Garrard counties.

Jamison, a Perryville native, told those gathered she is excited to grow the Lincoln County program to serve more local children. 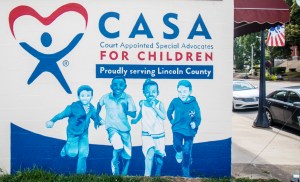 A mural adorns the side of the building at the CASA office in Stanford. Photo submitted

“We believe in the power of CASA volunteers,” she said.

CASA is currently recruiting Lincoln County residents to serve as CASA volunteers. Each volunteer completes a 30-hour training and spends about 5 to 10 hours a month volunteering after that. Children who receive a CASA volunteer do better in school, have more hope for the future and are far less likely to re-enter the foster care system again.

CASA of Lexington’s trained and supervised volunteers advocate through the family court systems in Bourbon, Fayette, Garrard, Jessamine, Lincoln, Scott and Woodford counties to ensure all victims of child abuse and neglect are safe and thrive in a permanent home. Changes such as where the child lives or goes to school, changes in social workers, teachers and friends, as well as the uncertainty of what life holds, can be very overwhelming for these children.  The CASA volunteer is there to help recognize what the child needs, work to minimize these detrimental changes, and advocate for positive changes for the child’s future. Learn more at casaoflexington.org, by calling (859) 246-4313 or by emailing info@casaoflexington.org.