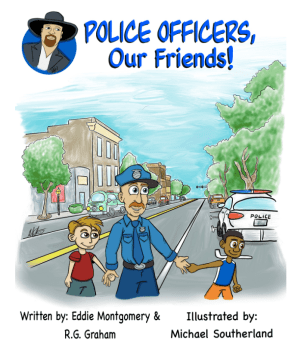 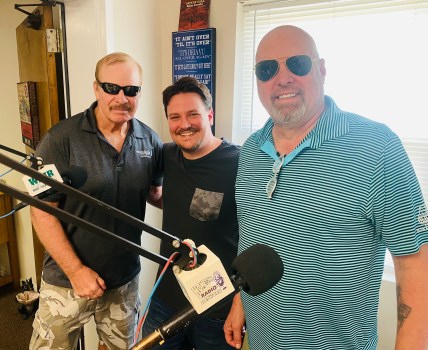 From left to right, Randy Graham, Michael Southerland, Eddie Montgomery were interviewed on WHIR FM about the book. Photo submitted 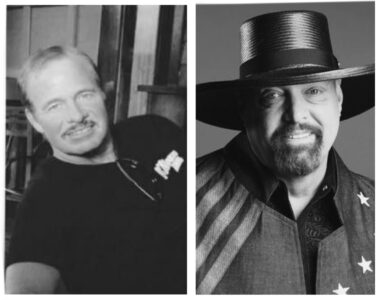 They are having a launch party called the “My Town Kickoff” at the Danville-Boyle County Library on Tuesday, July 12, from 4:30 to 7:30 p.m. Children can purchase the book, meet local law enforcement, and have the book autographed.

Graham is author and creator of the children’s book series, “Boomer’s Positive Lessons On Living” and “Boomer’s Motivational Music for Children and the Family.” A Danville resident and graduate of Boyle County High School, Graham also hosts a radio program that focuses on leadership, and local, state and national issues.

Montgomery is an actor and country songwriter, and is part of the group Montgomery-Gentry, known as one of the longest running duos in country music. They’ve released albums such as “My Town,” “You Do Your Thing,” and “Some People Change.” The group has been awarded the AMA, ACM and CMA Duo of the Year. Montgomery is a native of central Kentucky, and now lives in Danville with his wife Jennifer.

The book is a 32 page hardback for children ages 3-8, and teaches children that police officers are their friends. Kids can learn to see local law enforcement as an essential component of their community, to feel secure when seeing them, and understanding they are there to help and serve.

Graham said he and Montgomery had been wanting to write a children’s book for a while, and thought that police were an important topic to focus on.

“Seeing the way law enforcement was being portrayed in our country, we became concerned of what this would mean for the future, for our children and grandchildren,” Graham said.

In the book, Eddie Montgomery and Boomer the dog teach children that police officers are their friends, while sharing that respect and kindness are key to developing lasting friendship.

Graham continued, “When I was six years old, my father and I were walking down the sidewalk in Georgetown, Kentucky, and a police officer was heading our way. Dad stopped and said, ‘Randy, this is Mr. Billy Platt, he is a police officer, and he is our friend. If you ever need help, go to him and he will help you.’ I never forgot that, and ever since that day when I would see a police officer in the community, I would get a sense of security.”

The book is illustrated by Michael Southerland, who is an artist and owner of Southerland Art Studio. A graduate of Danville High School, he lives in his hometown of Danville with his wife and kids.

The front cover illustration was inspired by downtown Danville, and inside pages are inspired by Danville locations and local police officers.

Boyle County Judge Executive Howard Hunt made this statement about the book, “I deeply appreciate Eddie Montgomery, Boomer, and all associated with this book for the excellent portrayal of the time honored positive values of respect, friendship, and responsibility toward law enforcement. This book will help all who read it become more familiar with some elemental founding principles important to our United States of America.”

The book can be purchased at local bookstores, including Plaid Elephant, and on the website, ourpolicefriends.com.