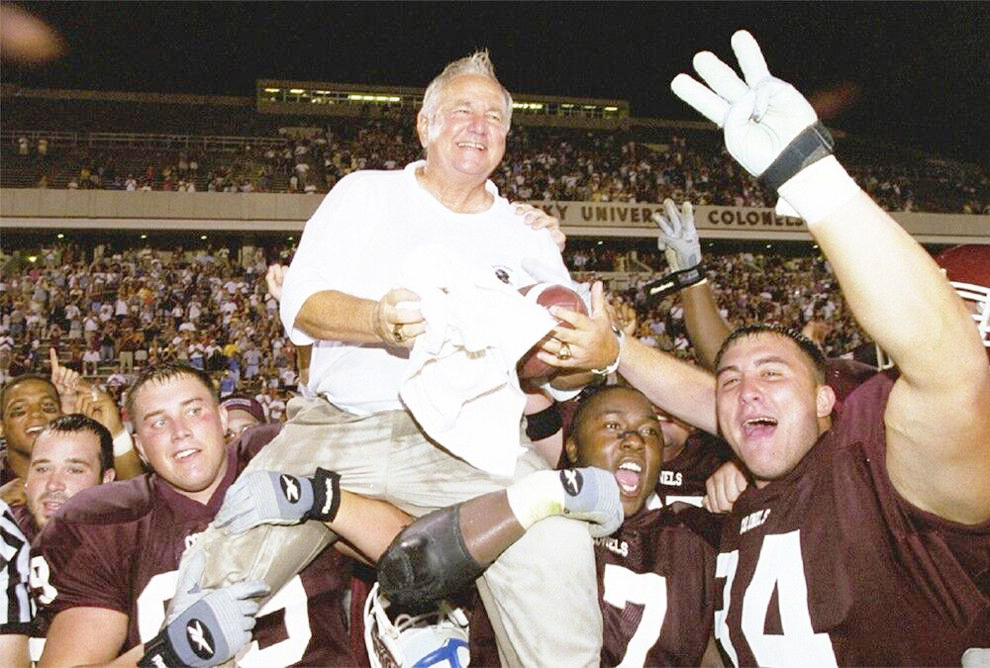 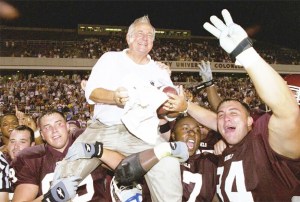 The award, which honors those “whose services have been outstanding in the advancement of the best interests of football,” will be presented to Kidd at the AFCA Awards Luncheon on Jan. 9 during the 2023 AFCA Convention in Charlotte, N.C.

Kidd retired following the 2002 season with an overall record of 314-124-8 (.705) over the course of 39 years at Eastern Kentucky, making him the winningest coach in EKU history.

During his tenure at Eastern from 1964-2002, he led the Colonels to 16 Ohio Valley Conference titles and made what was then a record 17 NCAA Division I playoff appearances.  EKU appeared in four consecutive NCAA national championship contests, winning the 1979 and 1982 national titles.

“It makes me mighty proud,” Kidd said of the honor. “It makes me very proud of my staff and of all the players we had. They’re the people that made the winning happen. It’s quite an honor. “

The championship tradition at Eastern Kentucky started in 1967 when Kidd led his team to a 27-13 victory in the Grantland Rice Bowl over Ball State to win the NCAA Mideast Regional Championship. A two-time Football Championship Subdivision National Coach of the Year and 10-time OVC Coach of the Year, Kidd led his teams to 37 non-losing seasons, including a streak of 25 consecutive seasons with a winning record.

Kidd, who coached 41 players who signed with National Football League teams, 55 All-Americans and 202 first team All-OVC selections, is a member of the Kentucky Athletic Hall of Fame.

A past president of the American Football Coaches Association, Kidd was a two-time Lexington Herald Sportsman of the Year. He was a member of the inaugural class of the Madison County Sports Hall of Fame.

The Kentucky High School Athletic Association’s highest football award each season, given to the best high school football player in the state of Kentucky, is named the Roy Kidd Award. Beginning with the 2003 season, the OVC Coach of the Year award was named the Roy Kidd OVC Coach of the Year Award. Kidd was inducted into the Ohio Valley Conference Hall of Fame on May 30, 2003.

Kidd received four varsity letters in football and baseball as a student-athlete at Eastern. While establishing a dozen records as quarterback, he was an All-Ohio Valley Conference selection and “Little All-American” choice in 1953.