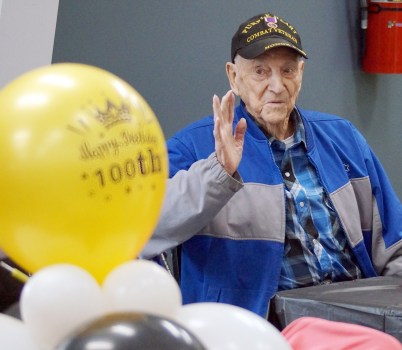 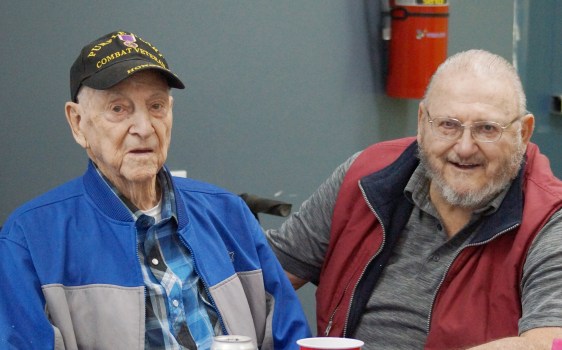 Photo by Abigail Roberts Chester Wolfe and his son Jeff Wolfe pose for a photo during the 100th birthday celebration on April 8. Both father and son served in U.S. military. 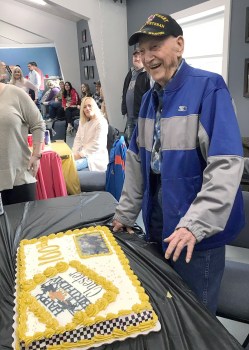 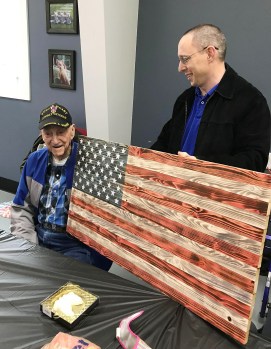 Chester Wolfe, a WWII veteran and Lincoln County resident, was surrounded by friends and family on April 8 as he celebrated 100 years of life.

Wolfe is a decorated veteran of the U.S. Army who has received a Purple Heart as well as two Bronze Stars for his heroic deeds during WWII.

Wolfe’s son, Jeff, said his father was a medic and a hero during the war. He was awarded the military medals after he went into a minefield to carry the wounded to safety.

Jeff and his two brothers also served in the military.

Several family members and friends showed up to help Chester celebrate 100 years of life April 8 at Revolution Sports at the bottom of Halls Gap.

When asked what the secret to a long life is, Chester said “kicking the bad days goodbye.”