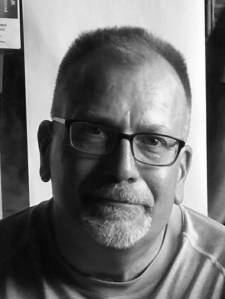 Greg B. Findling, 61, passed away Monday, April 4, 2022, at his home after a short, wicked fight with cancer.
Greg lived a full, happy life and was especially immersed in the past four years with helping others.
He was a regional manager for Walmart and a firefighter in the Stanford area and later in Elizabethtown, he was vice president of St. Vincent DePaul Outreach (St. James Church) where he volunteered more than 3,000 hours in support of those in need.
Greg also served as an usher for St. James Catholic Church in Elizabethtown.
He was preceded in death by his brother, Stephen; sister, Carol; and his parents, Frank and Harriet.
He is survived by three children, Stephen, Becky and Ashley; five grandchildren, Alexandria, Marcus, Cason, Harper and Sparrow; two brothers, Frank and Paul Findling; and one sister, Mary Schmitt.
The funeral is at 1 p.m. Thursday, April 7, at St. James Catholic Church in Elizabethtown. Burial will be at a later date in Resurrection Catholic Cemetery in Lenexa, KS.
Visitation is 4 to 8 p.m. Wednesday and continues from 9 a.m. to 12:45 p.m. Thursday at Brown Funeral Home in Elizabethtown. A prayer vigil is at 7 p.m. Wednesday at the funeral home.
Expressions of sympathy may take the form of contributions to St. Vincent DePaul Outreach in Elizabethtown.
Condolences may be expressed brownfuneral.com.