Adams reflects on his time as Lincoln County judge-executive 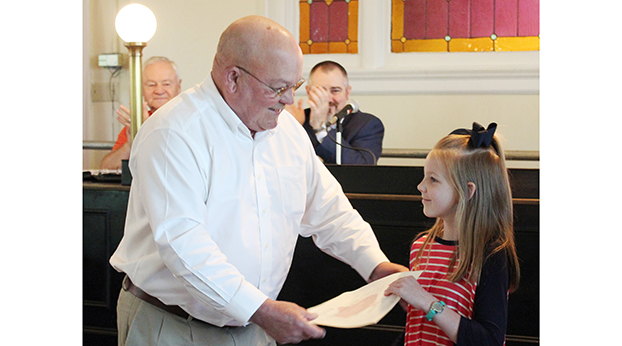 On his first day as Lincoln County Judge-Executive, Jim W. Adams, Jr., experienced the lows and highs of the job. In the morning, Adams was faced with the news that a homeless man had passed away under the courthouse steps. By that afternoon, he was officiating his first wedding ceremony.

“So it was a very eventful and memorable first day on the job as Judge-Executive,” Adams said.

Before becoming Lincoln County’s Judge-Executive, Adams began his political career in 2007 as a Magistrate of District 2 (Crab Orchard). 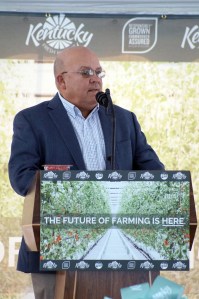 He served one term as a Magistrate before throwing his hat in the race for Lincoln County Judge-Executive.

“As a Magistrate there were quite a few things that I wanted to see happen,” he said. “We had just finished the completion of Veteran’s Park and I wanted to see it go forward.

I knew that Judge-Executive Gilbert was nearing the end of his term and he was going to retire. So I thought it was a good opportunity for me to at least try to be elected Judge.”

Lincoln County voters agreed. Adams won the seat in 2011 and has held it through each election to date.

“I’m glad I did. There are quite a few things that have happened,” he said.

This year, Adams’ name won’t appear on Lincoln County ballots as he plans to retire once his term is complete. But there are many projects that Adams had a hand in during his time as Lincoln County’s leader.

As Judge-Executive, Adams is charged with overseeing the maintenance of over 380 miles of county roads.

“That’s a constant battle, to maintain those and upgrade our equipment,” he said. “Plus we run the dead animal service.”

That program is one that’s important to Lincoln County farmers, Adams said.

During his time, Adams said the county has also expanded the Lincoln County Animal Shelter twice and continues to improve upon those services.

“We have one of the better shelters in the area,” he said. “It’s a kill shelter. When you say that, it gives it a nasty name. But we don’t euthanize any dogs that we think we can adopt out. Most of them do get adopted out.”

Right down the road is the Lincoln County Recycling Center, another operation that Adams has overseen during his time as Judge-Executive.

“It’s expanded quite a bit with newer equipment,” he said.

Adams said he has enjoyed overseeing the expansion and growth of several parks for Lincoln County residents to enjoy.

“We’ve improved Veteran’s Park with the Lincoln County Farmers Market. That was done in partnership with Ag Credit Corporation and with Ag Developments funds from the Department of Agriculture, as well as county funds,” he said. “It has turned out to be pretty successful.”

The expansion of Logan-Hubble Park is another accomplishment Adams said he is proud of, as the county has added over 120 acres to the large park.

The park and nature preserve offers a complete outdoor package, from paths for walking, running and biking to outdoor playgrounds, disc golf, horseback riding trails and a 12-acre lake for fishing.

“It’s nearly 500 acres now. It’s very nice. We’re in the process of maybe remodeling the property we purchased and making a station for 4H and some of the universities to use for their forestry students, or botanists,” Adams said.

Adams has also enjoyed overseeing the maintenance and expansion of the historical William Whitley House.

“We have some-80 acres out there and we just planted 25 acres in wildflowers and native grass last year and we’re going to do the other 20 to 25 acres on Sportsman Hill this year, which is a pretty big undertaking,” he said. “It’s going to take at least three years for you to see the fruits of our labors.”

Cleaning up waterways in Lincoln County by establishing a sewer system on the west side of the county was another large project Adams has been a part of, along with the Lincoln County Sanitation District.

“That was a huge undertaking. It’s some $9 million dollars and miles and miles of sewer lines. At the end of the day there’s probably going to be close to 1,000 customers and hopefully cleaning up the Hanging Fork watershed and Dix River watershed,” he said. “And that spurs economic development. That has been a big ongoing project.”
Adams has also overseen the expansion of the regional Bluegrass 911 Center which originally served only Garrard and Lincoln Counties. Now the center serves Casey and Mercer counties, he said.

From establishing a new home for the Lincoln County Clerk’s Office to welcoming the Veterans Outreach Center to downtown Stanford, Adams said many things have happened over the course of his political career.

“We’ve done Industrial Revenue Bonds for the first time for the Kentucky Fresh Harvest Greenhouses and for Pittman Creek Wholesale, so we’ve been very friendly to private industries as far as trying to aid them as much as we can on their finances,” he said. “Industrial Revenue Bonds amount to the forgiveness of their property tax. They do have to pay the school tax. So that savings alone can allow them to borrow money for either construction, expansion or just operations.”

With all of these ongoing projects and programs, Adams said the county has been able to hold property taxes low, and payroll and net profit taxes have remained the same.

One major decision that has been made during Adams’ last term as Judge-Executive is the closure of the Lincoln County Regional Jail – an aged building and program that the Fiscal Court has overseen for some time.

“We’re in the middle of the jail closing, which had to be done for a multitude of reasons: a lack of employees and the building itself is in very poor condition,” he said.

“Hopefully before I leave this next year we’ll have that building torn down and, at this point, we’re going to have a green space, we’re hoping.”
That’s one issue that the next Judge-Executive will have to pick up after the election, Adams said.

“I don’t think you’ll see a stand-alone jail with one county, especially one our size,” he said. “Our budget just can’t afford a 12 to 15 million-dollar debt. So it would have to be a joint effort from two or three counties.”

Adams said he is looking forward to retirement and spending more time with his family.

“My wife is retired and she wants to travel some,” he said. “If and when it does calm down, we’ll maybe take some trips. Of course, we have grandkids and, in probably not too many years, we’ll have great-grandkids.”