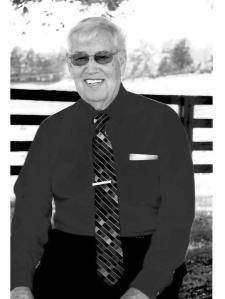 Retired Senior Master Sergeant Theodore L. Reynolds (aka T.L. or Ted) went to meet his Lord and Savior on March 14, 2022 from St. Joseph’s Hospital in London, KY at the age of 79. Theodore was born November 18, 1942 in Covington, KY; son of the late William Butler Reynolds and Ethelene Gooch Reynolds. He enlisted in the United States Air Force in 1960 and served his country for 24 years and 8 months.

Theodore was an active member of Weaver Missionary Baptist Church of London, KY. He was an avid fishermen, but most of all he was an avid fisher-of-men for the Lord-sharing his love for his Lord and Savior daily with others…encouraging them to accept Jesus as their Savior.

He is greatly loved and will be dearly missed. Friends and family are welcome to attend the visitation from 12:00 PM to 2:00 PM on Monday, March 21, 2022 at Morris & Hislope Funeral Home in Science Hill.

Funeral services will follow at 2:00 PM with Pastor Ronnie Owens officiating. Burial will be in Double Springs Cemetery.

Military Honors will be conducted by American Legion Post # 38. In lieu of flowers, donations can be made to Gideons International. Morris & Hislope Funeral Home is honored to assist the family with arrangements.