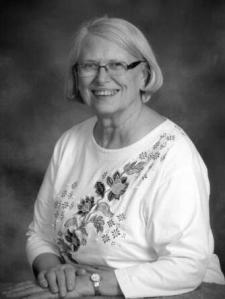 Alice Traylor Richardson, 85, of Stanford, KY passed away peacefully on Monday, March 1, 2022 in Danville, KY. Born on August 25, 1936 in Stanford to the late Arch and Gertrude Anderson Traylor. She was the widow to the late Rev. Robert Holmes Richardson. Alice was a minister’s wife, who also worked as a bookkeeper and teaching aid throughout her life. She was a member of Lincoln County Homemakers, Ft. Logan Auxiliary and the Stanford Gardening Club. She was a member of New Beginnings United Methodist Church and a lifetime member of United Methodist Women.

She was preceded in death by her husband, Rev. Robert Holmes Richardson, parents, Arch and Gertrude Traylor; one brother, Walter Leo Traylor; and one sister, Mary Traylor Lawson.

A celebration of life will be held on Saturday, March 5, 2022 at 11:00 a.m. at New Beginnings United Methodist with Pastor Ashley Tackett-Evans officiating.