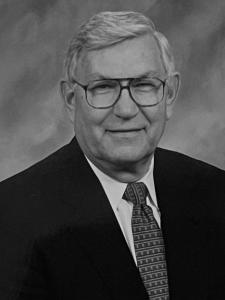 Harry Delano Middleton, age 84, passed from this earthly life on January 31, 2022, at his home in Nashville, Tennessee.
Harry Middleton was born in Lincoln County, Kentucky to Chad and Maude Smith Middleton on March 22, 1937. He graduated from Crab Orchard High School in Crab Orchard, Kentucky. On September 28, 1957, he married Geraldine Killen at the home of Basil and Marge Overton in Richmond, Kentucky. He graduated from Eastern Kentucky College, BS, Middle Tennessee State University, MEd, and Tennessee State University, EdS and EdD. He worked many years in the educational field as teacher, coach, assistant principal, principal, and headmaster. He loved teaching young students, coaching young athletes, and mentoring teachers in places like Rockbridge County, Virginia, Pulaski County, Kentucky, Garrard County, Kentucky, Louisville, Kentucky, Ezell-Harding Christian School, Nashville Christian School, and Metropolitan Nashville Public Schools.
He was a firm believer in Christian education. He longed for his children to attend a school where God’s Holy Word was taught every day in every class. His dream was realized when he and Geraldine were invited to move to Nashville and be a part of the beginning of Ezell-Harding Christian School. God’s Providence.
He served two years in the United States Army at Fort Knox, Kentucky.
Growing up, he was an accomplished, renowned athlete in his area. In 1951, he set a record on the basketball court for the longest shot made in a game in the state of Kentucky, a record that stood for several years. In 1955, he was named the county’s Athlete of the Year for his spectacular performances in basketball and baseball. His basketball skills earned him a scholarship to Union College, Barbourville, Kentucky. When he wasn’t playing sports, he was working in his dad’s sawmill, hard work that served as off-season conditioning and perhaps kindled his talent in woodworking. He eventually taught high school industrial arts and built beautiful cherry furniture for his family. He loved learning. He loved teaching. God blessed him with skills and talents for both, and he utilized the gifts God gave to him.
His real passion was preaching the gospel. He diligently pursued new and innovative ways to share the gospel message. The Lord provided many opportunities and led him to people who wanted to hear as well as fellow Christians who wanted to work alongside him in sharing God’s message of salvation. In 1968, while attending the Nashville School of Preaching, he began preaching at the Keysburg church of Christ in Logan County, Kentucky and then Maple Avenue church of Christ in Lancaster, Kentucky. He served as preacher at several congregations in and around the Nashville area – Burnette Chapel, Joywood, Hills Chapel, New Hope Road, College Grove, and Lebanon Road church of Christ. He preached numerous gospel meetings all over the United States, enrolled tens of thousands of Bible Correspondence students, conducted a weekly radio broadcast and taught adult Bible classes at the Great Commission School. In 1985, he and his wife began several mission efforts in places like Jamaica, Trinidad, Tobago, Singapore, Malaysia, India, and Romania.
He inspired his family and friends to greater service and knowledge in the Lord’s kingdom. He inspired people with his energy, his enthusiasm, his determination, his quick wit, and his laughter.
Harry Middleton is preceded in death by his parents, and by his brothers, Chad Middleton, Jr, and Gene Middleton.
He is survived by his faithful, devoted wife of 64 years, Geraldine Killen Middleton; daughter, Tena Middleton Starling (John); son, Michael D. Middleton (Celeste); sister, Lucille Hammons; sister, Elizabeth Ann Adams; 6 grandchildren, Killen Middleton (Jessica), Cassie Anne Starling, Ivey Starling, Alexa Middleton, Oakley Starling, and Darcey Starling, and many nieces and nephews.
A visitation time with the family is 10:00 a.m., Tuesday, February 8, 2022, at Woodbine Funeral Home, Hickory Chapel, 5852 Nolensville Road. Funeral services will be 11:30 a.m., Tuesday, February 8, 2022, at Woodbine Funeral Home, Hickory Chapel, officiated by Michael D. Middleton and John Starling. Burial will follow at Woodlawn Cemetery, Louie Hammons.
Pallbearers will be his grandchildren. He carried each one with love. He supported each one through all their endeavors. He encouraged each one in good and bad. They have done the same for him now, and they will miss him dearly.
Memorials may be given to:
– World Wide Bible Study, Bible Correspondence Course
P.O. Box 40105
Nashville, TN 37204
– Romania Evangelism, Midway church of Christ
P.O. Box 915
Madison, AL 35758