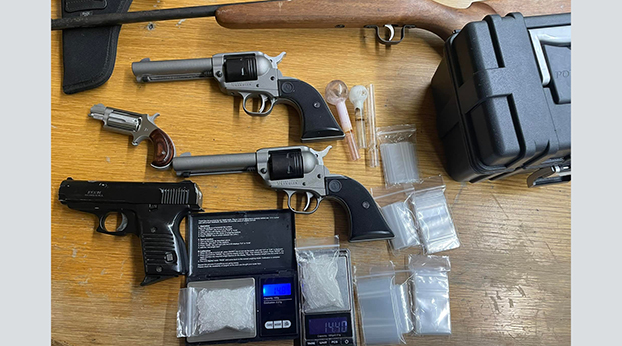 The Lincoln County Sheriff’s Office responded to a call to Bluegrass 911 Communications Monday about a juvenile that had consumed suspected drugs and was experiencing an adverse reaction.

Deputies responded to the 2400 block of KY Highway 501 where they executed a search warrant and found several guns in an outbuilding that had been reported stolen by the Richmond Police Department.

Charges are pending as the suspect in the case was not located at the scene. The investigation has been ongoing for approximately 8 months, according to a statement from the sheriff’s office.

Video of assault on autistic student at LCMS circulates…