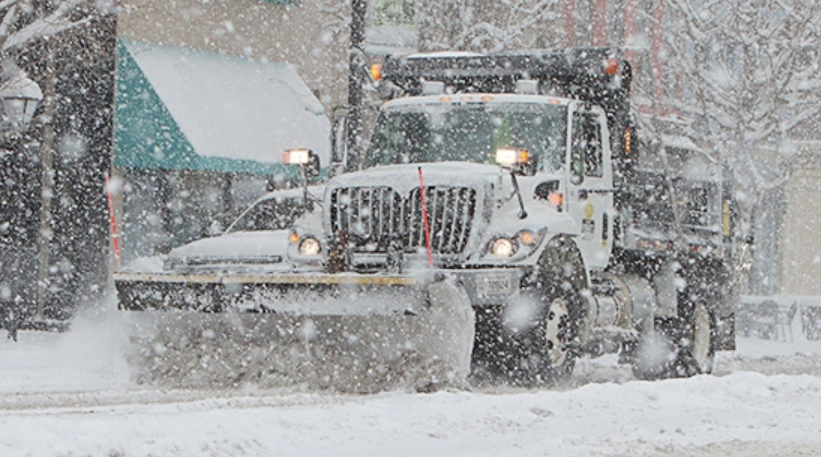 STANFORD – Spring may be on its way but until it comes, Lincoln County remains prepared for winter weather.

Lincoln County Judge-Executive Jim Adams said the county has used roughly half of its supply of road salt so far this winter. The county had about 200 tons of salt at the beginning of the winter season.

“The other 50 (tons) is a one-third mixture of salt and no. 8 rock for the larger dump trucks,” he said.

The rock that is mixed costs about $10 per ton.

The county road department currently has 10 large dump trucks and four-ton trucks that are equipped with plows and salters. The trucks are kept indoors in a heated garage for easy access.

“They are all in good working condition and ready for their route,” Adams said.

All trucks are equipped with chains, plows, and salt boxes, and tanks are kept fuel at all times.

“Chain saws are kept in working conditions with new chains and fuel in case of ice damage,” he said.

Drivers have a predetermined route and are ready to be called in early and stay late, according to Adams. There are a total of 15 employees at the Lincoln County Road Department.

“There will be someone to stay in the office to take any phone calls,” he said.

Adams said the county is in good shape should another winter system hit the area.

“We still have half of the salt pile left and the rock mixture is already mixed and all is kept under roof,” he said.