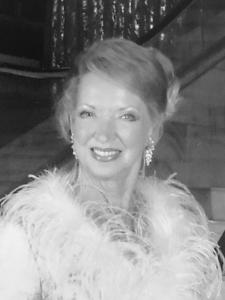 Joan Marie Matthews, 87, of Dayton, Ohio decided on her own terms to gloriously enter the gates of heaven on Friday, February 4, 2022. Joan was born on June 8, 1934, in Kentucky, to Marie (Olish) and Huston Brown. She had one brother, Russell Brown (1932-2018). Anyone who knew Joan would describe her as a glamorous woman with a personality to match. As the head of the Statesman’s Club and Vice President of Citizen’s Federal Bank, she helped, directed and led thousands of people on tours all around the world. Evidence of her travels could be found in household drawers which hosted collections of matchbooks, shampoos and oddly enough, crackers. She was an active member of ABWA (American Business Women’s Association), Optimist Club, Dayton Woman’s Club and Fairhaven Church. She especially loved golf, Cadillacs, fancy restaurants “with a booth”, jewellery, designer clothes and shoes. She made life look good. She is survived by her daughter, Marla Jones, son-in-Law, Mark and four grandchildren: Elijah, Trinity, Ethan and Benjamin who reside in Australia. There will be a graveside service held at Mt Pleasant Cemetery in Stanford, Kentucky on Wednesday February 16, 2022 at 2:00pm. Services entrusted to Tobias Funeral Home, Far Hills Chapel. Fond memories and expressions of sympathy may be shared at www.tobias-funeral.com for the Matthews family.