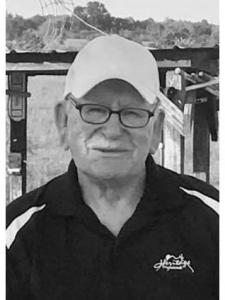 Hiram Henry “Hank” Ruth, 83, of Crab Orchard, passed away Friday, January 28th, at his home. He was the husband of Betty Lou (Hendrickson) Ruth whom he married on December 6, 1960. Hank was born in Laurel County, on January 9, 1939, a son of the late Lucy (Dowell) Denson and Chester Ruth. He served in the US Navy as a SK1 and a Navy Seal, he retired after 20 years of service. While in the service he traveled all over, including most of the East and West Coast of the United States and even spent 27 months overseas in Guam. After retirement from the Navy Hank became a very well-known Taxidermist in Lincoln County sharing his talents with many of his faithful customers. He also volunteered many hours for Crab Orchard Elementary and had served as a former president of the PTO. He was a member of the Drakes Creek Baptist Church, a former Mason of the Crab Orchard Masonic Lodge and was also an honorable Kentucky Colonel. Hank enjoyed being outdoors when he was able and loved to hunt and fish. But most of all Hank loved his family and was especially fond of all of his grand babies.
Survivors Include his loving and faithful wife, Betty Ruth of Crab Orchard; a Son, Rusty Ruth of Crab Orchard;
Seven Precious Grandchildren: Taylor Ruth and her Boyfriend Zack Paterson, Sydney & Husband Daniel Caldwell, Skylar, Caleb, Raydale, Blayne and Alyssa Ruth; Several Siblings also survive including Rhonda (Harold) Thompson of Medora, IN, Mary Smith of Seymore, IN, Sue Piercefield of Seymore, IN, Glenda Dawson of Seymore, IN, Danny Ruth of Mississippi and Terry Roberts of Mississippi
In addition to his parents, Hank was preceded in death by a son, Dale Ruth; and siblings, Anna Ridgedale, Willie and Clarence Ruth
Visitation will be from 5 until 9 PM on Monday, January 31st at McKnight Funeral Home
Funeral Services will be held at 10:00 am on Tuesday, February 1st, at McKnight Funeral Home with Bro. Brandon Brown officiating. The Caswell Saufley American Legion Post #18 of Stanford will serve as Pallbearers and will perform Military Honors at Ephesus Baptist Church Cemetery.