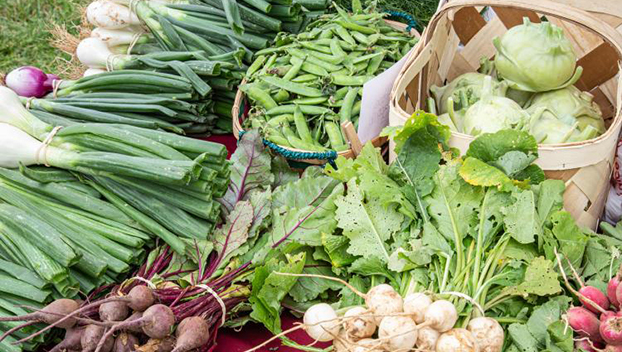 By Jordan Strickler
University of Kentucky

Food insecurity has always been an issue in America. According to Feeding America, as of 2019, 12.5% of individuals living in rural counties were food insecure. The COVID-19 pandemic has only intensified that problem.

Two researchers from the University of Kentucky College of Agriculture, Food and Environment, helped study the effects of increased federal food assistance programs in Eastern Kentucky and how residents gained footing to improve their circumstances during the pandemic. Some of their results were surprising.

While access to food in the Eastern Kentucky region was initially diminished due to supply chain disruptions, little was known about how increased federal emergency assistance programs during the pandemic impacted food access in rural populations. The UK research team involving Janet Mullins and Heather Norman-Burgdolf of CAFE studied the impacts of increased aide from the Supplemental Nutrition Assistance Program and its impact on rural populations. Their study found an improvement in residents’ diets.

The study revealed that government assistance not only allowed residents of Appalachian areas to increase their food supply, it also allowed them to eat more nutritious food.

“I think one of the huge points which came of this was that Eastern Kentuckians used SNAP funds to not just bolster their food supplies, but to make healthier decisions,” said Mullins, extension professor in the Department of Dietetics and Human Nutrition. “This paper showed that increased government funding really did pay off and work to the betterment of the community.”

The experiences of participants in the study demonstrated that, although the COVID-19 pandemic disrupted food supplies and initially diminished food access in grocery stores, the expansion of other food access opportunities and resources, such as home gardens, existing and pop-up food pantries and meal distribution systems, more than accounted for any shortages.

Community-led efforts to expand food access, including sharing home garden harvests and creating new emergency food access points, are consistent with previous findings that noted a strong cultural value for assisting one another.

“Before the pandemic, someone might get only $16 per month in aide,” said Norman-Burgdolf, assistant professor in DHN. “During the pandemic, that increased to around $200. We saw residents start making decisions such as starting or improving gardens and the distribution of healthier foods. Rural residents have always been ones to help others out, so we also saw an increase in families helping other families create a better nutritious environment. I believe that the framework they created, both for themselves and others, will help them overcome food insecurity long after the COVID crisis is over.”