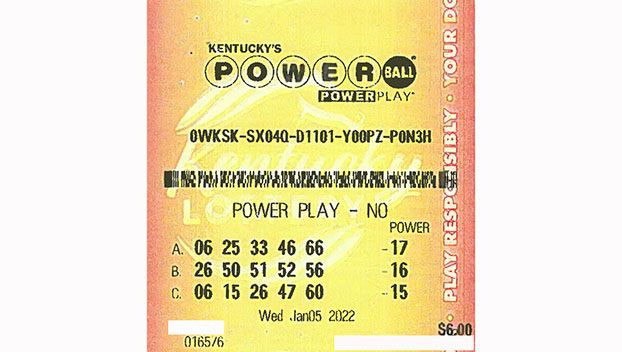 A Lincoln County woman has won $50,000 from the January 5 Powerball drawing – and said it was the first time she’s ever followed up on a hunch and won. The woman chose to remain anonymous.

“I play when the jackpot gets big. I started playing around Christmas and I told my husband if it’s still going, I’m going to keep playing until my birthday,” she told lottery officials. Her birthday was this past Saturday.

“I had gotten a Quick Pick ticket from one drawing and another one for the next drawing and noticed the Powerball numbers were very similar. I just had a hunch about those numbers, so I decided to play those lines again. What a birthday gift!” she said.

“A lot of people play but no one expects to win. You almost don’t feel like it’s real. I was in so much shock,” she said.

The Stanford resident received $35,500 after taxes. She says her and her husband have a couple of small bills to pay off, a few remodeling projects they’d like to tackle, and they’ll put the rest in savings. “He’s close to retiring so it couldn’t have come at a better time,” she said.