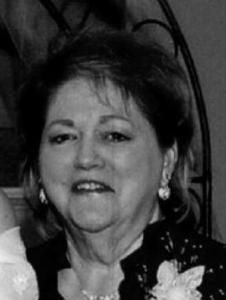 Nancy Ann Abbott Humphrey, 72, of Stanford, KY passed away on Sunday, January 2, 2022, at her home with family by her side. Born on September 1, 1949, in Somerset, KY to the late William Ray and Ruth Marie Roberts Abbott. She spent her early life in Nancy, KY until 1973, when she moved to Stanford after marrying her husband, Dale Humphrey. She was a 1969 graduate from Danville School of Practical Nursing and spent her career as an LPN. She loved music, playing the piano, camping, and spending time with her family. She was a member of Stanford Baptist Church.
Survivors include her husband of 48 years, Dale Humphrey of Stanford, KY; one daughter, Lesa Ann Douglas and one son-in-law, Travis Douglas of Moreland, KY; five brothers, Lewis Abbott (Evelyn) of Paint Lick, Paul Abbott of Nancy, Clinton Abbott of Arcanum, OH, Dale Abbott (Virginia) of Berea and Roger Abbott of Nancy; three nieces and two nephews.
She was preceded in death by her parents, William and Ruth Abbott.
A one-day service has been scheduled for Wednesday, January 5, 2022, at Spurlin Funeral Home in Stanford, KY. Visitation will be from 10:00 a.m. – 12:30 p.m. The funeral service will be held at 12:30 p.m. with Bro. Steve Webster and Bro. David Smith officiating. Burial will follow at Danville Memorial Gardens.
Active Pallbearers are Travis Douglas, Bill Etue, Gavin Douglas, Johnny Sheene, Dale Abbott, and Andrew Daughtery; Honorary Pallbearers will be her brothers.