Brooks leads Cats to win over Missouri in SEC opener 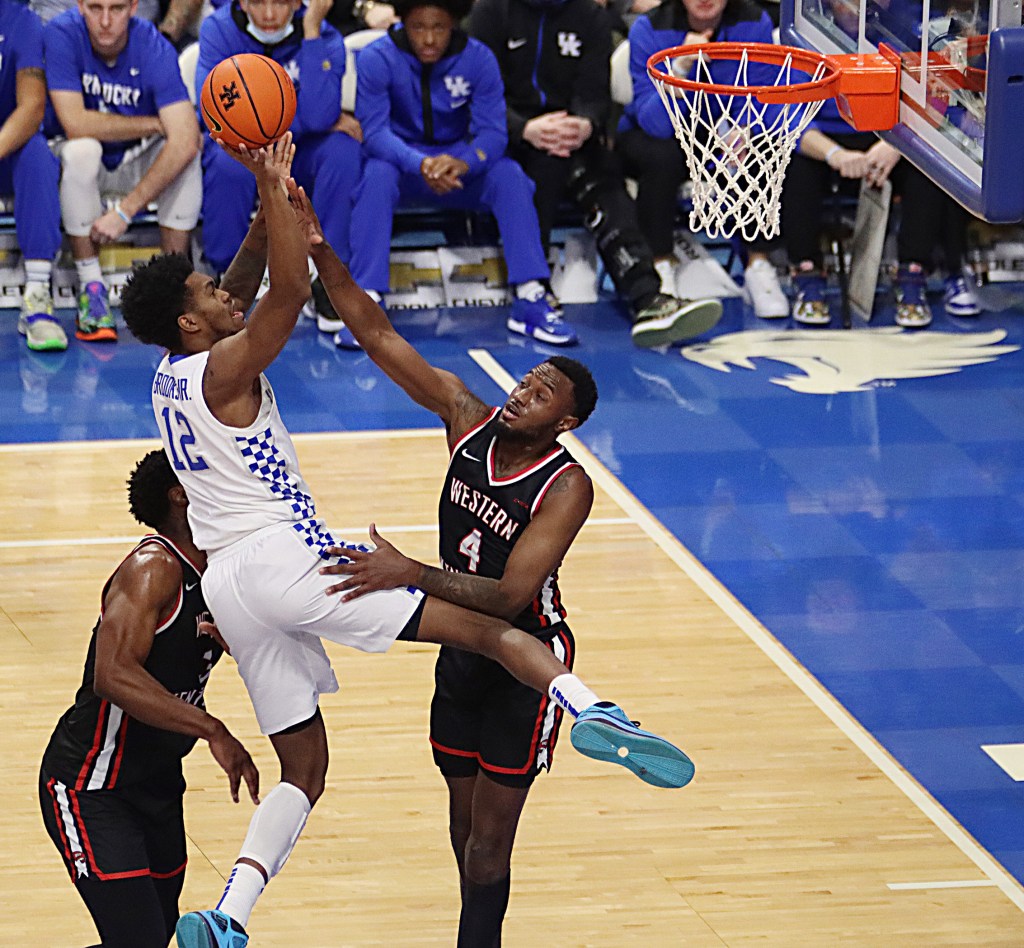 Keion Brooks drives to the basket. - Photo by Jeff Moreland

A break away from basketball is all Keion Brooks needed to get back on track.

The Kentucky junior forward scored 17 points and grabbed nine rebounds to lead the Wildcats to an 83-56 win over Missouri on Wednesday night in the Southeastern Conference opener for both teams.

A few days off during Christmas break helped Brooks regain his focus and it showed against the Tigers.

“What really helped me was going home (during the Christmas break) and spending time with my family a little bit, especially my little brothers and you see how much they look up to you,” Brooks said. “t really kind of locked back in, with what I needed to do to play well. I think that’s what really helped me a lot.”

Playing its first game in a week, it was Brooks who set the tone for Kentucky by scoring four of the team’s first seven points. TyTy Washington knew his veteran teammate was going to have a good outing.

“He set the tone,” Washington said. “He was the aggressor for us, going in there and getting offensive rebounds. After he got that first putback … I knew he was going to have a big game.”

Kentucky coach John Calipari knows Brooks is capable of reaching a higher ceiling. With the exception of a few mental lapses early in the second half, the Wildcats’ coach was pleased with the performance by Brooks.

Brooks was one of four players who finished in double figures for the Wildcats. Washington added 14 points, followed by Oscar Tshiebwe with 13 points to go along with 20 rebounds, including 12 in the second half. Sahvir Wheeler finished with 11 points and nine assists.

Brooks credits hits improvement to sidekick Jacob Toppin, one of his closest teammates on the squad.

“We do everything together,” Brooks said. “We lift together, we work out together, we’re hanging out a lot and the natural competitive fire that we have within each other and that pushes us every day. He’s helping me get a lot better and hopefully, I’m doing the same thing (for him).”

Brooks added he’s not battling Toppin for minutes and is hopeful the two players can experience a breakthrough in the same contest.

“We’ve talked about it, one of these games both of us are going to play very well at the same time,” he said.

On Tuesday, Toppin said the Wildcats had developed a new-found swagger during the past two weeks following a loss to Notre Dame and Brooks said his confidence simply comes from the energy that he displays on the court.

“(It comes from) using my size, my length, and my athleticism to make plays, running the floor and good things will happen not just for me but for the whole team,” he said. “I think that’s what builds my swagger and allows me to have fun playing the game.”

As the Wildcats delve deeper into the league schedule, Brooks knows the little things will keep him on the court.

“The main thing for me is just continuing to play hard, not worrying about what could happen or what might happen, just play hard and bring energy.”

Brooks ignited the Wildcats and paved the way to victory against the Tigers.