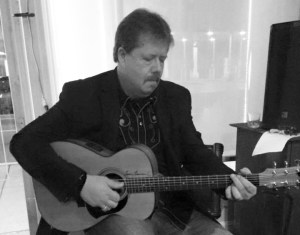 Jeffrey Todd Cain, 57, passed from this life on December 20, 2021. He was born December 29, 1963, in Landstuhl, Germany. Jeff was a Christian. He loved his family and he loved his country. Music was an important part of Jeff’s life and he played in several bands over the past 40 years. He was the owner of Main Street Music for more than 25 years. He loved teaching guitar to his students and was a mentor to many. Jeff was also civic-minded and had been active in the Stanford Main Street Program as well as served many years on the Stanford Planning and Zoning Commission.
He was preceded in death by his grandparents, Jim and Polly Ruth and Delbert and Tressie Cain, and his mother, Betty Jo Ruth Cain.
He is survived by his loving wife of 37 years, Angela Cain; his three children Andrea Cain-Morris (Dustin), Amanda Cain (Brandon), and Daniel Cain; his grandchild, Abbey Owens, and his father Bernie Cain of Louisville, Kentucky.
There will be a memorial service at Spurlin Funeral home in Stanford, Kentucky on Tuesday, December 28 at 3:00 pm immediately followed by a celebration of life from 4:00 p.m. to 8:00 p.m.