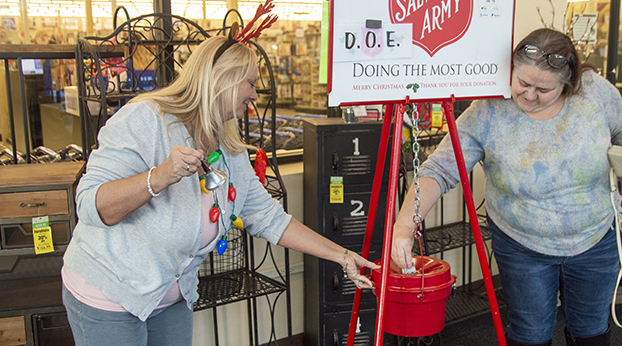 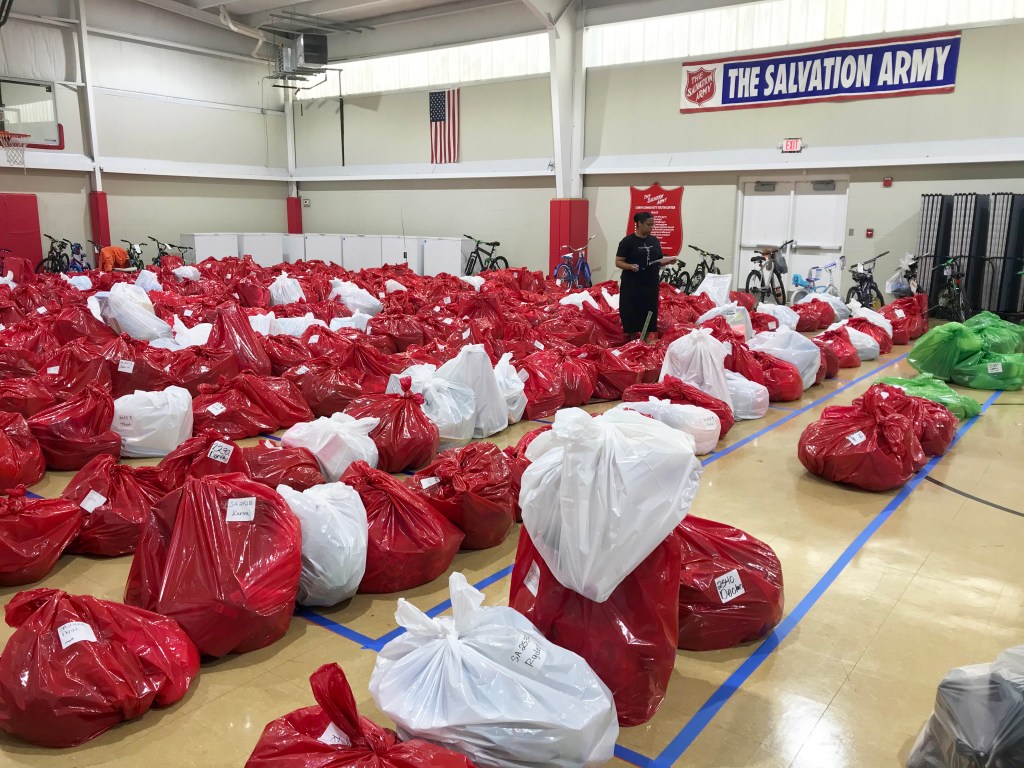 With just over a week left until Christmas, the Salvation Army is only halfway to its donation goal for the annual Red Kettle Drive.

Local representatives for The Salvation Army, Lieutenants Cornelius and Noldine Walton, said they have a little over $50,000 of their $110,000 goal. They have gotten a few larger donations, like a check for $1,700, and a check for $2,000. Cornelius said most check donations range from $20 to $200.

“We’re definitely hoping to meet our goal, and we believe we can hit our goal,” he said. “But if we don’t, it’s not going to discourage us from serving the community and doing the most good in Danville and our surrounding counties that we serve.”

In 2020 the local Salvation Army reached about $92,000 of its $100,000 goal. Salvation Army donations decreased in general across the nation last year due to the pandemic.

“I know that was in the midst of COVID,” Cornelius said. “Now there’s the tornado and I know people are donating to that, and there’s many other things and people are just trying to find the balance again. But people have been donating tremendously; it’s been a blessing.”

The local Salvation Army serves Boyle, Lincoln, Mercer, Casey, and Garrard counties. The annual Red Kettle Drive is what mainly funds the Salvation Army for the next year. Without reaching their goal, the organization would not be able to do as much for the community.

The local kettle drive has also been short on volunteers. In looking at the volunteer schedule, Cornelius said he saw many open shifts at locations that usually bring in good donations.

“Right now what would be really helpful would be if any schools would like to take any days, or any business, for at least a two-hour shift,” Noldine said. “If somebody could fill up a slot for a full day or even a half day, it really makes a difference versus not being able to have anybody at the doors.”

Volunteer shifts run for two hour increments between 10 a.m. and 8 p.m. Regional locations include the Kroger, Walmart, and Hobby Lobby in Danville, the Kroger and Walmart in Harrodsburg, and the Walmart in Stanford. People can sign up to volunteer by calling 859-236-4473 and talking to Dana Long.

Noldine said the Angel Trees did well this year. Angel Trees in the Danville and Harrodsburg Walmart stores have ornaments with information about 300 local children in need of Christmas gifts. New this year, Noldine included 11 senior citizens on the ornaments.

Several of the children ornaments and three of the senior ornaments did not come back. But donors were able to supplement the “forgotten angels.”

“The ones that did come back, the community responded and the bags were full,” Noldine said. “Hopefully next year we can touch a lot more of the community that is in need, but our seniors did really well.”

Cornelius and Noldine came to Danville in June 2020. They hope to stay for at least a few more years and they look forward to continuing to help the community. The kettle drive concludes Dec. 24, but the Salvation Army accepts donations anytime.