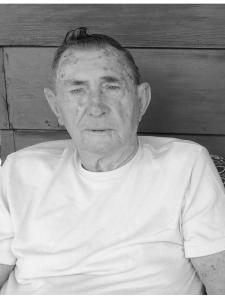 Johnny Arvil Harris, 89, of Crab Orchard, Kentucky passed away Friday, December 10, 2021, at the Ephraim McDowell Fort Logan Hospital in Stanford. He was the husband of Doris Jean (McClure) Harris whom he married on December 1, 1954. Johnny was born in Rockcastle County, KY on September 7, 1932, a son of the late John and Zella (Denney) Harris. Johnny was a Korean War Veteran having received multiple awards including the purple heart and a silver star. He had served as a Chaplain for the Buell-Bragg VFW Post #3634 in Danville and a member of the Caswell Saufley American Legion Post #18 of Stanford. He had worked for many years as a mechanic and as a Veterans Affairs Service Officer. Johnny was a former Fire Chief for the Crab Orchard Fire Department and a longtime member of the Lincoln County Fire Department. Johnny was a member of the Mt. Zion Church of Christ and he loved all of his family including his dog Brody.

In addition to his parents, Johnny was preceded in death by a Son-In-Law, David Elder.

Funeral Services were held 11:00 AM, Tuesday, December 14, 2021 at McKnight Funeral Home Chapel with Bro. Robert Miller officiating. Burial followed at the Mt. Zion Church of Christ Cemetery with Military Honors by the Caswell Saufley American Legion.
Visitation was prior to the funeral beginning at 10:00 AM. on Tuesday, December 14th at McKnight Funeral Home.
In lieu of flowers, memorial contributions can be made to the Caswell Saufley American Legion Post # 18 of Stanford.