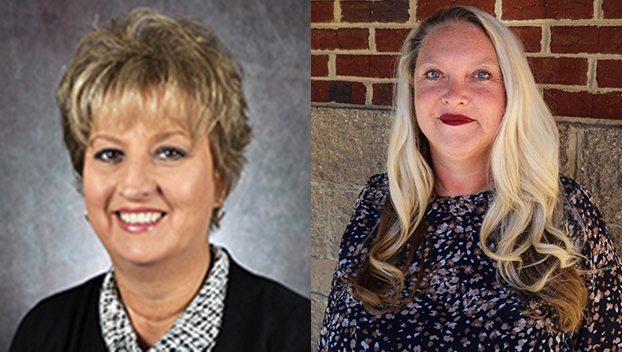 After serving 30 years at the Lincoln County Circuit Clerk’s Office – and 21 of those years as Circuit Clerk – Teresa Reed has announced her retirement.

While she is excited about retirement and a change of lifestyle, Reed said she will miss serving her fellow Lincoln Countians.

“I think she’ll do great,” Reed said. “I feel like I’m passing the torch.”

Reed said she worked as a Circuit Clerk Deputy for nine years before running and serving her first term as Lincoln County Circuit Clerk and now she’s ready to take a step back.

“I thought it was time for somebody else to take over,” she said this week.

Reed said she’ll miss the people the most.

“I’ve enjoyed serving Lincoln County and I’ve always tried to help everybody the best I could and if I couldn’t help them I tried to direct them in the right office or the right place where they need to be. But I am going to miss the people,” she said. “That long, I enjoyed seeing customers and the people and I’ll miss the deputies.

Serving the public was enjoyable. I had good experiences and had people who helped me and supported me over the years. I was blessed.”

Reed said she plans to spend more time with her family during retirement.

“It was a lot of long nights but my family was always supportive,” she said.

In order to assume the role of Circuit Clerk, Doolin had to pass a qualifying exam that is administered by the Administrative Office of the Courts (AOC).

Doolin said it’s a tough exam but one she has taken several times. She had to take the exam once more in Frankfort on Nov. 1.

Following her passage of the exam, Doolin was sworn into office Nov. 1 virtually by Judge Marcus Vanover.

It’s an office that Doolin is familiar with, as she has worked at the Lincoln County Circuit Clerk’s Office for 23 years.

She started as a part-time deputy and quickly worked her way to a full-time deputy position. Reed worked at the Clerk’s Office for seven years before Doolin started but the pair have worked together ever since then.

“We’ve been together from the beginning,” Doolin said. The office feels different now that Reed is gone, she added.

“I miss Teresa. She was not only the Clerk but she was extra knowledge, extra help,” Doolin said.

“I helped Teresa and campaigned with her, went door to door with her,” she said. “So I’m used to that side of it.

Technically there are two years left in the term so I will run next year, then turn around and run again.”

The office has seen several changes over the last few years, most recently the state’s decision to put the Kentucky Transportation Cabinet in charge of driver’s licensing.

That was one of Doolin’s favorite parts of the job, she said, and she will miss seeing friends and family come to get their driver’s licenses.

That doesn’t mean the Clerk’s Office won’t be busy, she added.

“We are extremely busy,” she said. “We have six different judges and six different courts, really. There’s more to this job than people realize.”

Doolin said she’s excited about her new role and the opportunity to continue to serve Lincoln County.

“I’ve been here a long time and I think that I can do a good job for the judges and for my deputies and the people of Lincoln County,” she said. “We’re all close in here. We’re more than just coworkers, we’re a family. We’re together here more than we are with our own families a lot of times and I appreciate every one of them.”