By Special to The Winchester Sun 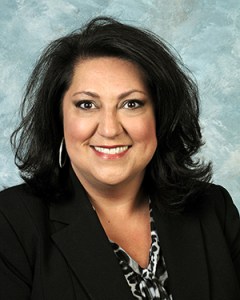 Few issues debated in Congress and state capitols are as divisive as healthcare, yet there are still areas where broad consensus exists.

We saw a great example of that late last year, when Congress passed a law to stop families from receiving surprise medical bills that arise when out-of-network care is provided either during an emergency or at an otherwise in-network provider like a hospital.

Patients have little control over these bills, but many have been forced into bankruptcy just the same. Thankfully, that will be less likely to happen starting in January.

As important as this new law is, it might not have happened without more than 30 states taking action first. I sought to add Kentucky to that list early last year, and while my bill is no longer necessary, I will be filing several others that are also popular across the country and are desperately needed here to improve our collective health.

One would create what is known as an all-payer claims database. If compiling a ledger of what is actually paid for medical procedures and medicine sounds boring, it’s not, because that data is vital in weeding out inefficiencies, controlling ever-rising expenses and finding – and then stopping – medical inequities that might otherwise go undetected.

It’s been about a quarter-century since Maryland compiled the first type of this database, and now more than 30 states have one. Some have voluntary requirements, however, and court rulings make full compliance difficult to obtain. On the bright side, the federal government is seeking to standardize the information collected, a move that would make broader comparisons possible and hopefully set the stage to link these databases nationwide.

This information would play a major role in bringing down ever-rising healthcare costs, which exceed $10,000 annually per American. That is about double what we see in other industrialized countries, yet we still rank poorly when comparing most health outcomes. We are literally paying more to get less.

One factor driving these high medical costs is the wide disparity in routine procedures. In 2015, for example, Blue Cross/Blue Shield reported that it paid about $11,000 for a knee replacement in Montgomery, Ala., but double that in Lexington and six times that amount in New York City.

In 2013, a similar review by Medicare found that one Louisville hospital charged two-and-a-half times as much to install a pacemaker as another hospital just a short drive away.

States with an all-payer claims database are also getting in-depth data that Kentucky must have to improve its overall health. Minnesota, for example, tracks the use of blood pressure medicine by region and demographics, telling health officials where further outreach should go. Arkansas’ data helped prove why rural hospitals are so important. Utah showed that urgent treatment centers and telehealthcare really do reduce expensive emergency room services.

Although the General Assembly did not adopt my legislation this year, it did call on state officials to include race, income and geographic data when compiling the annual report on maternal and child fatalities. That move will further shed light on just what an all-payer claims database can do.

Two other bills I believe should be law would require all employers to provide paid sick leave and to start health insurance benefits on the first day of employment, not up to 90 days afterward.

The pandemic has made it all too clear that we need the former because those who are sick should be home recuperating, not putting themselves and others at risk because they have no option. The latter, which my husband and I, unfortunately, know from personal experience, protects families who have a potentially expensive medical emergency during that gap.

These and other changes that many of my fellow legislators and I are proposing have more than shown their worth in other states, and they would make our healthcare system both more efficient and more responsive, saving lives and money along the way.

The question we have to ask ourselves is not whether we can afford to do these things, but how can we afford not to?