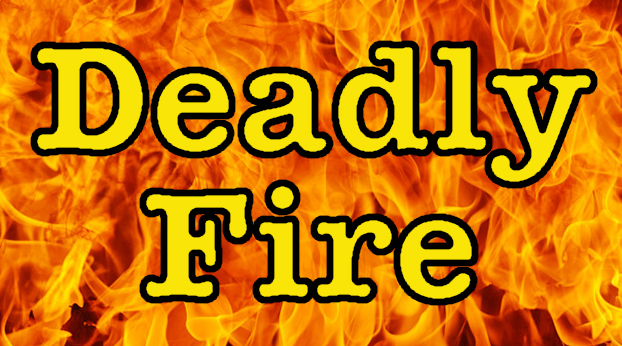 CRAB ORCHARD – A house fire Tuesday evening claimed the life of a seven-year-old boy, according to the Lincoln County Coroner.

Coroner Farris Marcum said Wednesday that Jesse Ray Yoder, 7, was pronounced dead at the scene at about 5:40 p.m.

“From early indication, what we can gather is there were two types; a possible gas leak or some type of igniting because they use propane,” he said. “The little man was in the washroom of the house.”

Other siblings were inside when they noticed smoke and fire and exited the home.

“One brother was looking through the kitchen, he didn’t know his brother (Jesse) was in there, and he sees some smoke and sees fire and it’s getting pretty intense, so they all get out of the house,” Marcum said.

Jesse was in the front, northeast corner of the washroom.

Marcum said there were two guys working next door who heard what they described as an explosion.

“The Arson Investigator felt comfortable last night saying – the way the fire spread, it was low-lying propane, the way the room burned, it was evenly distributed – it was purely accidental,” Marcum said.

It was a very sad night, he said.

The Amish community gathered at the residence, and brought firefighters sandwiches and cookies and drinks.

“When I left there was a ton of Amish people over there. Some of the men of the community went in the house to see what was salvageable and, the way they described to me, they were going to start tearing the house down today and start building the house back probably in a day or two,” Marcum said.

The child sustained “pretty major thermal injuries” according to the coroner.

“I think he died instantly,” he said.

The home was located on Hwy. 3246, also known as Fall Lick Road.

“Jesse was one of nine children,” Marcum said. “Very, very sad. There was a big Amish presence there last night. It was a very sad situation.”

Jesse was the son of Lester and Mary Anne Yoder, Marcum said.