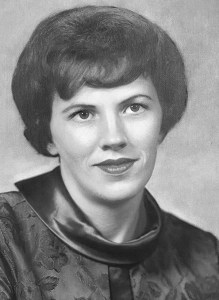 Roberta Lane Phillips, age 82, of Stanford, Kentucky, died on Saturday, July 31, 2021, at Ephraim McDowell Fort Logan Hospital in Stanford. Born Sunday, May 14, 1939, in Casey County, Kentucky, she was the daughter of the late Milford Lee & Ruby Crawford Lane, and the widow of the late Wheeler “OO” Phillips, whom she married Saturday, December 24, 1955, and preceded her in death Thursday, August 16, 2007.

Roberta worked for 23 years, at Cowden’s in Stanford, was a cashier at Food Lion for many years, and worked at other various places throughout her life. She was a faithful member of Freedom Baptist Church.

Roberta was an excellent cook, loved working puzzle books and jigsaw puzzles, enjoyed reading and writing poetry, in her spare time. She will always be remembered for loving to help anyone in need, anytime that she could.