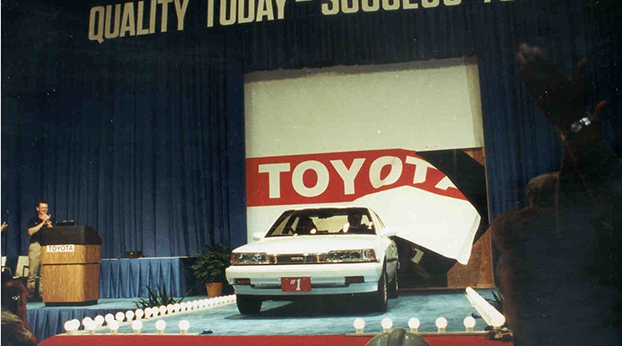 The first Camry built at the Georgetown plant in 1988. (Toyota photo)

Toyota Motor Manufacturing Kentucky, Inc., is celebrating two milestones:  the 35th anniversary of its plant in Georgetown, as well as the ten millionth Camry rolling off the assembly line.

The white 2021 Toyota Camry SE, representing one of America’s best-selling vehicles of all time, is a highlight that is capping the 35th anniversary celebration year.

“It gives us a great sense of pride to imagine where our 10 million Camrys have carried people over the years,” said Susan Elkington, president of Toyota Motor Manufacturing Kentucky, or TMMK. “This is a great opportunity for our team to celebrate the successes of the past 35 years and look forward to what the next 35 years will bring as we continue our drive to make mobility for all a reality.”

Elkington describes the Camry at Toyota Kentucky as their foundation.  “It’s what everything else is built on, it is how we learned the Toyota production system. The Camry is iconic for Toyota Kentucky.  Whenever you see a Camry, you think Toyota, and whenever you think of Toyota, you also think of Kentucky.”

She adds, the Camry foundation allowed them to add other models to their production lines, such as the Avalon, Venza, and the RAV4 hybrid.

The 2021 Camry is currently in its eighth generation, and company officials say it is arguably the most impressive and innovative model to date, thanks to the introduction of Toyota Safety Sense 2.5+, the newest version of Toyota’s groundbreaking driver-assist technology suite that includes automatic emergency braking.

TMMK says these advancements are just another building block that further cements Camry’s legacy as a front-runner in the automotive industry.

Earlier this year, the Georgetown plant marked another milestone, as workers produced their 13 millionth vehicle, a blue RAV4 Hybrid.  The plant added the RAV4 Hybrid to its product portfolio in January 2020 following investments by Toyota that have totaled more than $1.5 billion since 2017. These investments were part of a larger commitment by the company to invest over $13 billion in its North American manufacturing operations from 2017 to 2021.

Overall, the 1,300-acre Georgetown plant represents an $8 billion investment and employs around 10,000 Kentuckians.  It is the company’s largest assembly plant in their worldwide network, and the second largest of all automakers in the country by floor area, only behind a KIA plant in West Point, Georgia.

Toyota also has North American production facilities in eight other U.S. states, two more in Canada, and one in Mexico. 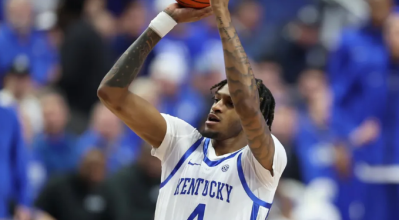