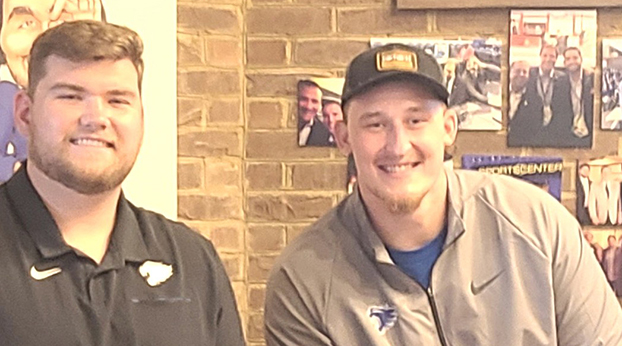 Young ready to hear his name called in NFL draft

Landon Young is not sure when he may hear his name called during the NFL draft this week but he’s confident after his Pro Day workout that he’s going to get drafted.

The University of Kentucky offensive lineman has his weight at 315 pounds like NFL teams wanted and has indicated he’s able and willing to play either tackle or guard position.

“This is all business now. You are going to compete for a job where you play against the best in the world,” Young said. “How many people get to say they go to a job every day and absolutely love that job.

‘But at the end of the day, you are competing against a guy trying to feed his family. You have got to say I want your incoming, I am taking your job and this job is mine now.”

Young said he’s been told about the “rookie wall” that first-year players hit after being used to a 12-game college season with maybe a bowl game compared to a 17-game NFL schedule plus exhibition games and playoff games along with offseason camps.

“It’s easy to hit that rookie wall mentally,” he said. “You have got to be mentally right to go through a whole season going against the best players in the world. You are not going where the game is not going to be challenging.”

UK’s Steiner was a two-sport star in high school

By Larry Vaught Colleges started recruiting her to play soccer when she was only a high school freshman before a... read more